An August death from a fentanyl overdose led authorities to take a Beverly Hills man into custody for murder.

John Dylan Gromling was arrested Thursday, Oct. 20, on a charge of first-degree murder for the unlawful distribution of a controlled substance, which resulted in the overdose death of Inverness 53-year-old Bruce William Payne, according to a Citrus County Sheriff’s Office news release on Friday. 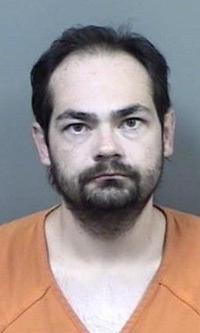 Sheriff’s deputies were dispatched Aug. 15 to a dead person at an Inverness residence, where arriving deputies found Payne’s body inside a shed on the property. Near Payne’s body, deputies located drug paraphernalia that tested positive for fentanyl, an extremely dangerous opioid, according to the sheriff’s office.

Get more from the Citrus County Chronicle

Due to the death potentially being a fatal fentanyl overdose, detectives with the sheriff’s Tactical Impact and Major Crimes units began an investigation, which identified Gromling as the person who provided Payne with the lethal dose of fentanyl.

A medical examiner’s office report released Sept. 15 ruled Payne’s cause of death as a combined drug toxicity of fentanyl and alcohol, according to the sheriff’s office.

At the time of his arrest, Gromling was already in custody at the Citrus County Detention Facility for drug-related charges.

“With this arrest, we demonstrate our commitment to the safety of Citrus County residents,” Sheriff Mike Prendergast said, noting earlier this year Gov. Ron DeSantis signed a bill into law that increased penalties for those who illegally sell and distribute opioids in Florida. “We will continue to target drug dealers in an ongoing effort to make our community the safest in Florida.”

Most people who need addiction treatment don’t get it. Yet many state laws limit access | news