A California teenager is being charged with murder after allegedly dealing fentanyl to another teenager that resulted in an overdose of death.

“In cases such as this, where murder is alleged, we believe we can prove beyond a reasonable doubt the dealer knowingly understood the dangers of fentanyl, and still chose profits over human life when supplying drugs to the victim,” San Bernardino County District Attorney Jason Anderson said in a news release Monday, according to KTLA.

Anderson announced that 18-year-old Alfred Urrea will be charged with murder for allegedly selling fentanyl to 18-year-old Adrian Alloway, who died of fentanyl poisoning on August 23.

The DEA said rainbow fentanyl can be pills or powder that come in a variety of bright colors, shapes and sizes.
(DEA)

The case is the second time the San Bernardino County District Attorney’s Office has charged an alleged drug dealer with murder for dealing drugs laced with fentanyl amide a spike in teenager overdose deaths in southern California.

“This is a scourge and an epidemic that is going on across the country,” Los Angeles Unified School District Superintendent Alberto Carvalho said after Ramos’ death. “It is unacceptable, but it is even more unacceptable when it impacts the youth of our community. There is no excuse for that nor is there tolerance for that.” 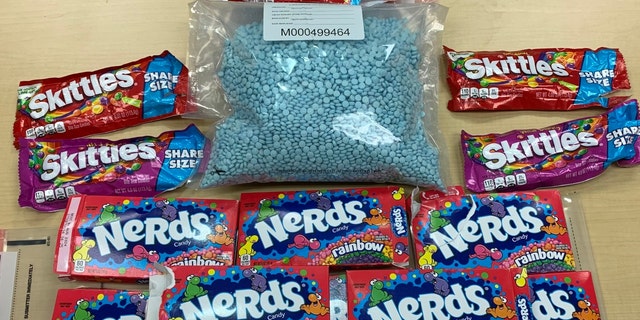 Urrea is in jail with bail set at $1 million and is due back in court Tuesday for a pre-trial hearing.

The San Bernardino County District Attorney’s Office did not immediately respond to a Fox News request for comment.

How one FQHC uses telehealth for primary care, behavioral health and addiction treatment