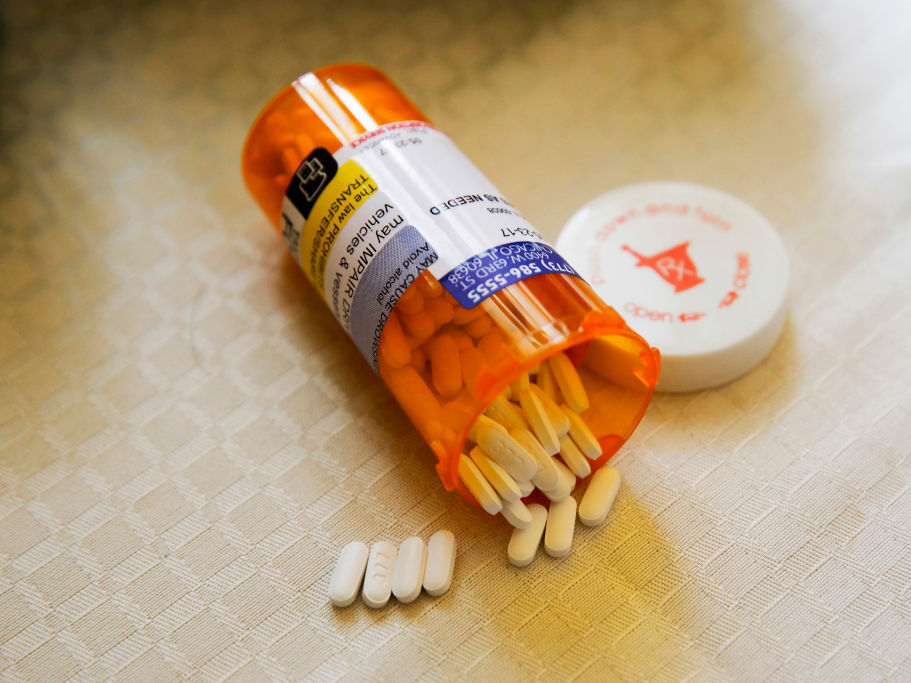 The Centers for Disease Control and Prevention has issued new guidance for clinicians on how and when to prescribe opioids for pain. Released Thursday, this revamps the agency’s 2016 recommendations which some doctors and patients have criticized for promoting a culture of austerity around opioids.

The 100-page document and its topline recommendation serve as a roadmap for prescribers who are navigating the thorny issue of treating pain, including advice on handling pain relief after surgery and managing chronic pain conditions, which are estimated to affect as many as one in every five people in the US

The fallout, doctors and researchers say, is hard to overstate: a crisis of untreated pain. Many patients with severe chronic pain saw their longstanding prescriptions rapidly reduced or cut off altogether, sometimes with dire consequences, like suicide or overdose as they turned to the tainted supply of illicit drugs.

Federal agencies had tried to course correct, making it clear that the older voluntary guidelines were not intended to become strict policies or laws. But doctors and patient advocates also held out hope that the CDC’s updated guidelines would undo some of the unintended consequences of the earlier guidance.

This was clearly on the mind of CDC health officials when they announced the new clinical guidelines on Thursday.

“The guideline recommendations are voluntary and meant to guide shared decision-making between a clinician and patient,” said Christopher Jones, acting head of the CDC’s National Center for Injury Prevention and Control and a co-author of the updated guidelines, during a media briefing, “It’s not meant to be implemented as absolute limits of policy or practice by clinicians, health systems, insurance companies, governmental entities.”

The change in outlook is evident all over the new guidelines, says Dr. Samer Narouze, the president of the American Society of Regional Anesthesia and Pain Medicine.

“You can tell the culture around the 2016 guidelines was just to cut down opioids, that opioids are bad,” he says. “It’s the opposite here, you can sense they are more caring more about patients living in pain. It’s directed more towards relieving their pain and their suffering.”

A new focus on individualized care

Opioid prescribing started to decline in 2012 and that trend continued after the 2016 guidelines were released. There’s widespread agreement that opioids should be used cautiously because of the risks associated with addiction and overdose. But today, the majority of overdose deaths are not due to prescription opioids, but rather illicit fentanyl and other illegal drugs.

Battling the street drugs driving the overdose crisis today is “not the aim of this guideline,” Jones said, describing those efforts as a separate but parallel “whole of government” approach. Instead, the focus is on pain patients. “The goal is to advance pain, function and quality of life [for patients] while also reducing misuse, diversion, consequences of prescription opioid misuse,” Jones said.

The new guidelines still emphasize that opioids should not be the go-to treatment in many cases, pointing to evidence that other treatments and approaches are often comparable for improving pain and function. However, the recommendations make clear the guidance should not replace clinical judgment and that clinicians can work with patients who are in pain, even if that means continuing them on opioids.

“Every patient is a different story and deserves individualized care,” says Narouze. “This is what I like most about the new guidelines.”

More work to be done

While the voluntary guidelines are a welcome step, their impact depends largely on how state and federal agencies and other authorities respond to them, says Leo Beletsky, professor of law and health sciences at Northeastern University and director of the Health in Justice Action Lab there.

“CDC needs to be a lot more proactive than just putting out this update and trying to walk back some of the misinterpretation of the previous version,” he says. The agency needs to work with other federal agencies, he says, including Health and Human Services and the Drug Enforcement Administration, as well as law enforcement to implement these guidelines.

For example, Beletsky points to how the definition of high-dose opioid use – described as 90 or more morphine milligram equivalents daily in the 2016 recommendations – was used to establish legal limits. “The [2016] guideline itself was clear that this was not a bright line rule,” he says, “But it became a de facto label, separating appropriate and inappropriate prescribing,” he says. And this led law enforcement in some states to use the limit “as a sword to go after prescribers.”

These doses and limits – set without much scientific evidence to back them up – have had a chilling effect on doctors, says Cindy Steinberg, a patient advocate with US Pain Foundation.

“Most people that I know – and I know a lot of people living with chronic pain – have already been taken off their medication. Doctors are incredibly fearful of prescribing at all.” From Steinberg’s perspective, the new CDC guidelines remain overly restrictive and won’t make much difference to the patients who have already been harmed.

Specific dose and duration limits are out

The most consequential changes in the new guidance come in the form of 12 bullet points that lay out general principles related to prescribing.

Unlike the 2016 version, those takeaways no longer include specific limits on the dose and duration of an opioid prescription that a patient can take, although deeper in the document it does warn against prescribing above a certain threshold. The new recommendations also explicitly caution physicians against rapidly tapering or discontinuing the prescriptions of patients who are already taking opioids — unless there are indications of a life-threatening issue.

“I think they are very comprehensive and compassionate,” says Dr. Antje Barreveld, medical director of the Pain Management Services at Newton Wellesley Hospital. “Those arbitrary marks of what’s acceptable and not acceptable is what got us into trouble with the 2016 guidelines, because it made this blanket cut off for our patients and that’s not what pain management is about.”

The direction on reducing opioids when possible still raises some concerns for clinicians like Stefan Kertesz, a professor of medicine at the University of Alabama at Birmingham.

However, he adds that the strength of the new guidance is its repeated emphasis that a specific dose should not be used by agencies, law enforcement and payers to enforce a one-size-fits-all approach.

It’s uncertain if the new guidance will translate into substantive changes for patients who are struggling to have their pain treated.

Many patients currently can’t find treatment, in the aftermath of the 2016 guidelines, says Barreveld, because doctors are wary of prescribing at all.

She remembers one recent instance when an elderly patient of hers was suffering from severe arthritis in her neck and knees. “I recommended to the primary care doctor to start low-dose opioids and the primary care doctor said ‘no,’ ” Barreveld says. “What happened? The patient was admitted to the hospital, thousands of dollars a day for eight days, and what was she discharged on? Two to three pills of an opioid a day.”

The previous guidelines led to restrictions on prescribing being codified as policy or law. It’s not clear those rules will be re-written in light of the new guidelines even though they state they’re “not intended to be implemented as absolute limits for policy or practice.”

“That is a good idea, and it will have absolutely no effect unless three major agencies take action immediately,” says Kertesz. “The DEA, the National Committee for Quality Assurance, and the Centers for Medicare and Medicaid Services, all three agencies use the dose thresholds from the 2016 guideline as the basis for payment quality metrics and legal investigation.”

The ability to coordinate and fix the harms that came from the 2016 guidance relies on leadership from the CDC – an agency whose credibility and authority has taken a hit during the COVID-19 pandemic, Beletsky says. Still, the agency has learned from the criticisms and harms from the last round of guidance. “So my hope is that CDC is now better equipped and prepared to take the guideline and translate it to the ground level,” he says.

The quality of life for many patients living with chronic pain will depend on it.