The former offender says he knew it was wrong but didn’t consider himself a culprit.

“Because I was viewing these images online I had this feeling that I wasn’t the abuser, somebody else was the abuser and I didn’t have a victim,” he told Sky News.

“I pretty much convinced myself that what I was doing wasn’t so bad.”

Andy is not his real name. Speaking anonymously, he explained to Sky News how he developed his addiction.

“I found myself in a very dark place, surrounded by bad emotions: anger, frustration, sadness, loneliness, depression. I had already been struggling with an addiction to pornography and that addiction just eventually took over and led me to illegal images.”

Like thousands of people across the UK, Andy developed an addiction to viewing illegal online content of child sexual abuse. It wasn’t until the police got involved that he stopped.

“There was a knock at the door and the police were there and they confiscated my equipment. I was asked to go to the police station to be interviewed.

Image:
More than 165,000 people have sought help via the Stop It Now! campaign

“I just admitted to everything and in a way I felt a bit relieved that I would actually be able to stop what I was doing.”

Andy would eventually serve time in prison, during which he says he reflected on his behavior. Getting help to overcome his addiction, however, came a long time after.

“I still had deep down issues in my life and until those were dealt with, I was never going to be in the right headspace to deal with my addictions,” he said.

“I can’t turn the clock back, I can only wish that I could. I didn’t seek help until it was too late for me but I honestly believe that if I’d gone to Stop It Now much earlier, I would never have gone to prison,” he says, referring to a campaign by the Lucy Faithful Foundation, which is dedicated to reducing the risk of children being sexually abused.

The foundation says the number of people seeking help to stop viewing sexual images of under 18s has more than doubled during 2021. More than 165,000 people have sought help via its Stop It Now! campaign. 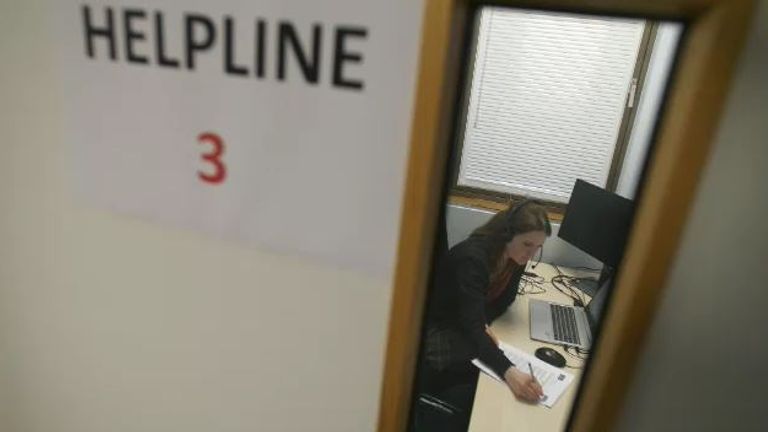 Donald Findlater, director of the campaign’s helpline, says the crime is being committed by ordinary people.

“Mostly, the tens of thousands of people in the UK viewing sexual images of children online don’t conform to the stereotypes – they are our friends, family, neighbors and colleagues.

“Many of the people contacting our helpline started out simply looking on mainstream adult pornography sites, but over time they found they needed different or more extreme content. Some don’t know the law and need it spelling out. A few are struggling with a long-standing sexual interest in children and thinks that looking at ‘only pictures’ is a way of managing that interest.

“Everyone needs to know that looking at sexual images and videos of under-18s is illegal; that children are harmed by it; that serious consequences await those involved in it; but that our helpline and website give anonymous, and confidential support and advice to stop and stay stopped.”

Nan Goldin’s Art, Addiction, and Activism in “All the Beauty and the Bloodshed”

Your Health: Wolves helping with addiction