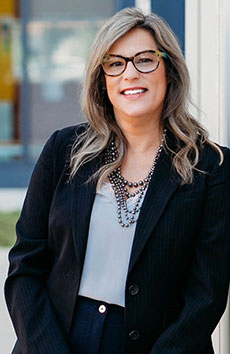 The Haverhill City Council is looking for new strategies and alternative sources of income to help fight the problem of drug addiction in the community.

Recent legislation signed by Gov. Charlie Baker will likely eliminate the 3% impact fees local governments are collecting from adult-use cannabis stores in their cities—money that was earmarked in many cases for addiction treatment services. City Councilor Melissa J. Lewandowski said Tuesday, while that revenue source is drying up, the problem is not going away.

“We have a substance abuse problem here in Haverhill. Our rates are above state average. In the month of August, there were 15 overdose calls at Haverhill. In terms of opioid related overdose deaths in Haverhill, we’re now at 31,” she told her colleagues.

Lewandowski said there are other revenue streams that could be tapped to fight the problem, including the Johnson and Johnson opioid settlement of $170,000 per year for the next 19 years, and the Federal Drug Free Communities Grant.

“Which is ongoing money for the City of Haverhill if we were to apply and if we were to receive funding, it would be an additional $125,000 per year,” she noted.

City Councilor John A. Michitson said Haverhill had applied to the Drug Free Communities Grant previously, but was unsuccessful in getting it. He believed the reason was because the city does not have a dedicated task force made up of police, school officials and others addressing the issue.

Lewandowski proposed sending a letter to Mayor James J. Fiorentini asking him to provide a comprehensive plan within the next 30 days to address addiction, prevention and treatment and provide the money to accomplish the task

While supportive, Councilor Michael S. McGonagle noted the problem is actually a national issue and proposed sending an additional letter to our state and federal representatives asking them to take the necessary steps to stop the flow of illegal drugs into the country.

“We’re facing a tsunami and these are little umbrellas and sponges that we’re giving away— necessary and helpful, but this is what we have to address,” he said.

Also speaking was former City Councilor Colin F. LePage, who has been an advocate for stronger drug laws and addiction treatment since his son died of a drug overdose in 2015. He presented figures regarding the average age of those affected by addiction.

“For a male, it was 41. For a female, it was 48. So, we talk about kids and prevention (but) this spans a whole breadth of people, demographics, everything,” he said.

Councilors voted unanimously to both proposed motions, sending letters to the mayor as well as Haverhill’s state and federal representatives.