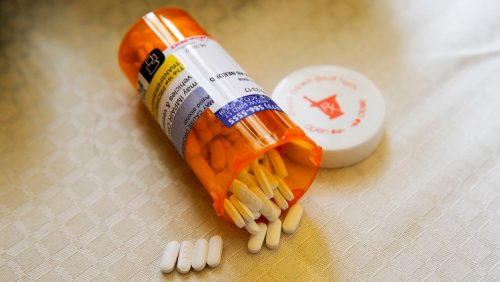 LOS ANGELES, CA – Since the late 1900’s, there has been a movement in the prosecutorial world to use harm reduction plans, Drug-Induced Homicide (DIH) charges, to produce harsher penalties to presumably control drug use and overdose deaths, according to a Fair and Just Prosecution issue brief.

As a result, prosecutors have the ability to charge the supplier of a drug with a DIH in court. The DIH charge is able to be set forth even when the supplier of the drug did not have the “specific intent to cause death,” said the FJP study.

Drug-Induced Homicide Laws can bring out negative consequences for the person who has overdosed and for a bystander who has witnessed the overdose, nullifying the purpose of DIH laws to target drug suppliers and producers and discouraging people to not call 911, said Fair and Just prosecution.

In fact, according to the article, “Good Samaritan laws can decrease opioid-related overdose deaths in states that adopt them” because Good Samaritan laws function to protect the individual who calls medical professionals in situations like a drug overdose.

However, if the individual is worried about being charged with a DIH, they will be less likely to call 911, the report noted.

Furthermore, it was found that stricter and harsher laws on drug use do not affect the amount of overdose deaths, drug use, and arrests. The use of drugs continues to rise. DIH laws have not been found to actually save lives.

The idea of ​​utilizing incarceration to control drug users and suppliers has not improved since the US movement of the war on drugs, FJP asserts, using data collected from 1990 to 2012 to show harsher punishments on the use of drugs has not decreased the rate of use of illegal drugs.

The FJP report asserts punishments for using drugs actually create more problems for communities and their families rather than trying to solve them because criminalization can prohibit a citizen to fully participate in civilization after prison and can create detrimental mental health problems as well.

For example, it may be difficult for the recent convict to obtain a job, find housing, and receive treatment at rehabilitation centers. Therefore, due to the setbacks created by their imprisonment, incarceration can encourage a user to continue to use or even overdose.

FJP said another issue with the DIH laws is that, in reality, the prosecution of drug suppliers has only really targeted low-level dealers, who are not the real causers and motivators of drug use, instead of large-scale sellers.

Therefore, the DIH laws are not very effective at prosecuting large-scale drug sellers and instead introduce more problems for the convicted and low-level sellers.

DIH laws, added FJP, also help to carry on racial disparities, noting most of the low-level sellers that are incarcerated happen to be Black and are 10 times higher to be convicted than white people. However, the rates of drug use by white and Black people are found to be the same.

FJP added the process of incarcerating a drug user or seller with a DIH is expensive, noting the funds being used for this charge could instead be used for programs that help to reduce overdoses and help people to educate themselves about harm reduction strategies.

Drug deaths: There’s not enough help and support out there, says family of…

Drug deaths: There’s not enough help and support out…

What’s the Connection Between Cosmetic Procedures and…