Matt Riviere can hear his sons’ voices in his head saying, “That was really stupid, Dad.”

But Andrew and Stephen Riviere aren’t around anymore to talk to their father about the worst decision they ever made, let alone watch a movie, toss a football or do lunch together.

Both died on July 26 at ages 21 and 19, after taking what they thought was OxyContin.

But the El Paso County coroner said the illicit pills they ingested had been laced with fentanyl.

Riviere said he hadn’t been familiar with the synthetic opioid pain medication that is fueling a raging drug overdose crisis, often killing people who aren’t even aware they are taking it.

Matt Riviere lost both of his sons, AJ and Stevie, to fentanyl. The brothers died side-by-side in their apartment of fentanyl that was laced into what they thought was OxyContin. (Photo by Jerilee Bennett, The Gazette)

Fentanyl is so strong that 2 milligrams are potentially lethal, according to the National Institute on Drug Abuse. To put that amount in perspective, one teaspoon of granulated sugar equals 3,450 milligrams.

Born 20 months apart, AJ and Stevie, as they were known to the family, were the best of friends and worst of enemies growing up, their dad says.

Photos of AJ and Stevie Riviere are all over the home of Matt Riviere. Brothers died side-by-side of fentanyl. (Photo by Jerilee Bennett, The Gazette)

They died side by side, in the bedroom of their apartment. A neighbor in the unit below reported hearing what later was determined to be the young men hitting the floor as they succumbed to the poison in their bodies. AJ’s ex-girlfriend, who still lived in the apartment, found them several hours later.

“I went into shock,” Riviere said. “My wife and I were just screaming in agony and disbelief, falling to the ground and crying.”

Riviere said he wakes up every morning, turns on a soothing salt lamp and gazes at a photo of him and his sons. The photo sits in an alcove next to the fireplace, where the decorative wooden urns containing the ashes of AJ and Stevie are on the hearth.

Riviere said he wakes up every morning, turns on a soothing salt lamp and gazes at a photo of him and his sons. The photo sits in an alcove next to the fireplace, where the decorative wooden urns containing the ashes of AJ and Stevie are at peace on the hearth. (Photo by Jerilee Bennett, The Gazette)

“I see the picture and shake my head — that didn’t really happen, I think,” he said.

The Centers for Disease Control and Prevention announced in December that fentanyl overdoses had become the leading cause of death for 18- to 45-year-olds nationally — since 2020 killing more than COVID-19, car crashes, suicides, cancer and gunshots combined.

“It’s not like this is a little thing that’s going to go away,” said Riviere, an information technology manager who lives in Monument. “It’s everywhere.”

Drug dealers are mixing fentanyl with heroin, cocaine, methamphetamine and pills such as OxyContin, Percocet, Vicodin, Adderall and Xanax, because of its low cost and potency, which increases addiction, according to the US Drug Enforcement Agency.

Illegal drugs containing fentanyl often are produced in Mexico and smuggled into the United States, the agency reports. The fake pills are combined with chemicals from China and sold through social media, e-commerce, the dark web and on the streets.

“It’s just shocking,” Riviere said. “Your chances of a bullet going off in Russian roulette are 16.7%, and here we’re looking at a 40% chance.”

The disastrous trend drew massive public outrage last week after five people died Feb. 20 in an apartment in Commerce City from using cocaine cut with fentanyl, authorities said. The deceased included both parents of an infant, who was in the apartment but not hurt. Law enforcement said they are searching for whomever sold the tainted cocaine.

Also last week, Pikes Peak Area Crime Stoppers announced an immediate increased reward of $1,000 for tips resulting in arrests of anyone distributing fentanyl in any quantity.

El Paso County saw 102 fentanyl-related overdoses in 2021, according to preliminary year-end death tallies from Dr. Leon Kelly, county coroner and medical director. Of those five were minors under age 18, he said.

The number of fentanyl-related deaths has more than doubled each year since 2017, Kelly said.

The day Riviere’s sons died might have been the first time they took OxyContin, he says. He’s not sure. But he’ll never know.

Stevie had talked frankly with his dad about smoking weed.

“You say to the kids, ‘Hey, marijuana is a gateway drug, and they don’t want to hear it,'” Riviere said. “I think they bought into the lie that pot helped them deal with their issues.

“I’m sure it made them numb, but it didn’t fix the problems. It just masked them and helped them get through another day.”

But they weren’t drug addicts, their dad says.

“They were good-hearted kids who made a stupid choice,” Riviere said. “They were stumbling through life and making bad choices.”

Both AJ, 21, and Stevie, 19, struggled with mental health issues; AJ was diagnosed as bipolar, and Stevie dealt with anxiety and depression, Riviere said.

The kids were upset about their parents’ divorce, which Rievere said began with a separation nearly a year ago and was finalized last week.

AJ and Stevie, the only children of Shelly and Matt Riviere, moved from their childhood home in Monument to an apartment in Colorado Springs, putting college plans on hold during the pandemic after graduating from Colorado Springs Early Colleges high school. 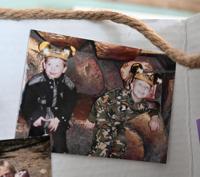 Stevie moved in with his brother just six weeks before their deaths. Both worked at a fast food restaurant.

Stevie had an associate’s degree and aspired to follow his father in the field of technology. AJ was the goofball of the family who played guitar and liked working with his hands. They were athletic and enjoyed the outdoors.

The night of their sons’ deaths, a pastor from the family’s Colorado Springs Christian Church arrived in the middle of the night to provide comfort and prayer. A few friends also came over and sat with the couple.

“We didn’t say a lot. They let us share what we were feeling. They didn’t offer any advice. They just let us mourn and grieve. It was exactly what we needed,” Riviere said. 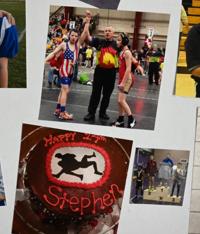 Shelly moved out of the family home the day after the boys’ memorial service at Fox Run Regional Park. She did not respond to a request for an interview.

No one has been arrested in connection with the deaths, as far as Riviere knows. There was a big drug bust in Colorado Springs shortly after they died, but no proof of a link.

State and federal lawmakers are scrambling to figure out the best ways to curb fentanyl-related deaths and prevent them from happening, as well as punish those involved in selling what they know to be potentially deadly doses. Some point to the relaxing of drug charges as a contributing factor.

Riviere wants to see harsher penalties for drug dealers. In Colorado, possession of under 4 grams of drugs is a misdemeanor, not a felony, yet just 2 milligrams can cause death.

“It needs to go into a class of its own; it can’t be lumped in with marijuana and other drugs,” he said. 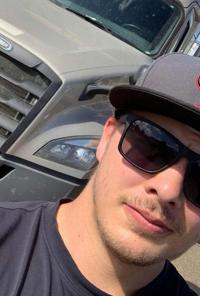 Andrew Blaskowsky was 24 when he took half of an illicit Xanax pill, presumably to sleep, and never woke up. The pill was tainted with fentanyl, according to the coroner’s office. (courtesy photo)

“It has to come off the streets, and no one is doing anything about it,” Blaskowsky said.

Presumably to help him sleep, Andrew, who was “always a dabbler, never an addict,” Blaskowsky describes, took helped an illegal Xanax and never woke up. He was 24.

“He still had helped in his pants pocket when they found him reclining on a sofa,” she said.

Although he chose to take the pill, he didn’t choose to be given a corrupt counterfeit, she said.

The death certificate lists the cause as accidental fentanyl overdose.

“It should include some level of criminality — involuntary manslaughter, negligent homicide — in order to strengthen prosecutorial efforts,” she said. “We have to make it harder, not easier.”

In a bipartisan effort, Colorado lawmakers said the 2019 law that eased penalties for drug possession was “a mistake” and called for it to change.

“They say it’s a victimless crime, but we are all victims,” ​​Blaskowsky said. “Andrew was a victim, deprived of his life and his future, and his siblings, grandparents, nieces, nephews and anyone who knew Andrew are all victims — and no one will be held accountable.”

Riviere has gone public with his family’s story and will soon testify before state legislators. He’ll also appear in March on a national segment with ABC News reporter Bob Woodruff.

It’s one of God’s new purposes for his life, Riviere believes, and he’s embracing it with the same mantra he made permanently when he went with Stevie on his 18th birthday to get tattoos. “Crush Everything” says the ink on Riviere’s bicep. To him, it means “whatever you do, go after it with all your heart.”

“I didn’t want to be silent in my suffering,” Riviere said. “No one saw it coming; you don’t think you’ll take an OxyContin and you’ll die.”

Riviere also believes the US border needs to be made more secure to help curtail illegal drug trade. And, he said, “We’ve got to raise awareness, especially with our youth and families, and get the conversations started.”

Blaskowsky sums up the urgent message in one word, “Don’t.”