Fewer women are seeking addiction treatment in Mass. as use and overdoses increase

Despite the latest statistics showing an increase in opioid use and overdoses among women in Massachusetts, the number of women seeking addiction treatment has dropped — in some cases dramatically.

While the pandemic presented challenges to accessing treatment because of staffing and concerns about congregate settings, state officials are looking at other factors that may be behind the drop. Meanwhile, there are signs that lower demand is changing some programs, especially those specifically for women.

Many providers worry that drop in demand could result in fewer treatment programs. Some loved ones of women struggling with addiction are voicing concerns as well.

Among them is Patti Parent, of Whitman. Parent credits a women’s treatment program on Cape Cod for giving her three good years with her daughter, Katie.

In high school, Katie was a good student, a cheerleader, even prom queen — twice. But after graduation, drugs overtook her life and she went through several addiction treatment programs. The one place that seemed to help was Emerson House, part of Gosnold Treatment Center on Cape Cod, where Katie went for three months in 2012.

“She was like herself again when she got out of there, and it was really nice,” Parent said. “I felt like I had my daughter back.”

A photograph of Katie Parent with her daughter, Mary, three days before Katie’s death in 2015. (Jesse Costa/WBUR)

Katie was doing well for a while, taking care of her children and getting her life together. But recovery typically isn’t linear and Parent came home one day to hear Katie’s daughters calling for help because they had found Katie, who was then 35 years old, on the floor unresponsive.

Parent was trained to administer the anti-overdose medication naloxone. She tried with Katie.

“I gave it to her twice but it didn’t work,” Parent said, tearfully. “And my neighbor next door came over and helped. And the ambulance came and everything, the police and it was just awful.”

Ever since that day in 2015, Parent regularly visited Emerson House in Katie’s memory. Parent would often bring toiletries or art supplies to the patients. She said the visits were to express gratitude for the time she had with her daughter.

“When I brought supplies and things, it was like, you know, these girls are working on it, so try to help them out as much as I can, even a little bit,” Parent said. “And Katie just loved it there.”

So Parent was troubled when she discovered that Gosnold Treatment Center, which ran Emerson House, no longer offers single gender treatment and ended its program for women and their young children.

“It was really good in it being just for women,” Parent said. “It made the girls more comfortable. You know, my daughter wouldn’t have opened up if it was a coed thing.”

Officials at Gosnold say they’re changing all of their programs, not because of lower demand from women necessarily but to provide treatment that focuses on a range of mental health issues that often accompany addiction. State data show that mental health care is critical for effective addiction treatment because poor mental health is linked with addiction. Gosnold is evolving, CEO Richard Curcuru says, because there were too few treatment beds to meet the demand for more comprehensive care.

“We were predominantly an addiction center, but now we’re a behavioral health organization,” Curcuru said. “We’re treating patients who are suffering both from substance use disorder and a co-occurring mental illness. And we know that 85% of the patients who have an addiction also have a co-occurring disorder. So to treat one without the other is really negligent.”

Gosnold is not alone in responding to changes in the treatment landscape. Several providers acknowledge that fewer women have been seeking treatment, especially during the pandemic. The state is looking into this decline which comes amid surveys suggesting that the number of women who reported using substances – largely because of pandemic stress – is on the rise. 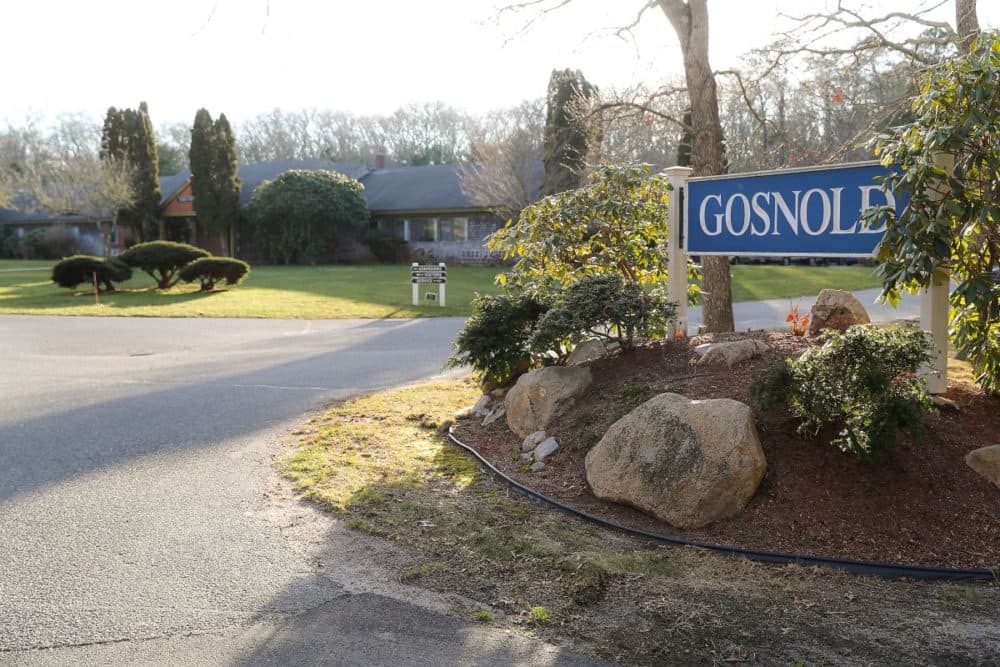 Last summer, the number of referrals Victory Programs in Boston received for women was down by almost two thirds since before the pandemic began. While that number has gone up since, some of Victory’s coed programs are now serving all men so as not to have a waiting list for men and empty beds set aside for women. Men represented almost three quarters of all admissions to Massachusetts treatment programs in the last fiscal year.

“We’ve taken programs with coed licenses and started offering them as male programs for now and maintaining that they are coed so that if or when women return to seeking treatment, we will have beds available for them,” said Elizabeth Blackstone, director of Residential Recovery Services for Victory Programs.

At the Dimock Center in Boston, Maia Betts, the center’s Chief Behavioral Health Officer, says there are many reasons women might choose not to seek treatment including parenting responsibilities.

“Not all beds are being filled regularly and we are looking at those motivators for treatment,” Betts said. “One motivator is child care, child care issues and custody issues. Women are opting out of treatment to ensure that their children stay in their custody.”

Betts said some women risk losing custody of their children if they have a substance use disorder. Even at Dimock, which has programs designed for women trying to reunite with their children, Betts says women are sometimes reluctant to enter treatment. Nine of Dimock’s 39 detox beds are for women and Betts said often some of those beds are empty.

“Overarchingly the research suggests that for women in particular, gender-specific treatment can be very helpful to their recovery process,” Greenfield said. “It is not that mixed gender treatment is not effective. It’s that for a significant group of women, the women’s focused treatment will be the one where they can feel themselves able to address the very specific challenges and needs that they have, both in their addiction, but also in how they will engage with treatment and sustain their recovery over time.”

The state says it’s collecting data to determine why fewer women appear to be trying to get help. Deirdre Calvert, director of the state Bureau of Substance Addiction Services, says the number of treatment beds for women has increased by 18% over the past five years but some of those beds are “underutilized.” Calvert says more women need treatment but they’re not getting it.

“These programs, many of them were created decades ago by white men with alcohol problems, right?” Calvert said. “And so they don’t actually match the needs for a BIPOC woman or woman with children or somebody who’s experienced homelessness or trauma or has been trafficked.”

Calvert says her office, under the Department of Public Health, is considering some new approaches, such as making telehealth easier and looking at the involvement of child welfare agencies when a mother is using addiction treatment medication. The pandemic and staffing issues, Calvert says, have exacerbated the difficulties facing women with substance use disorders.

“The childcare, the lack of finances, the home schooling, the mental health, the increase in use — all of those things are making it much more challenging,” Calvert said. 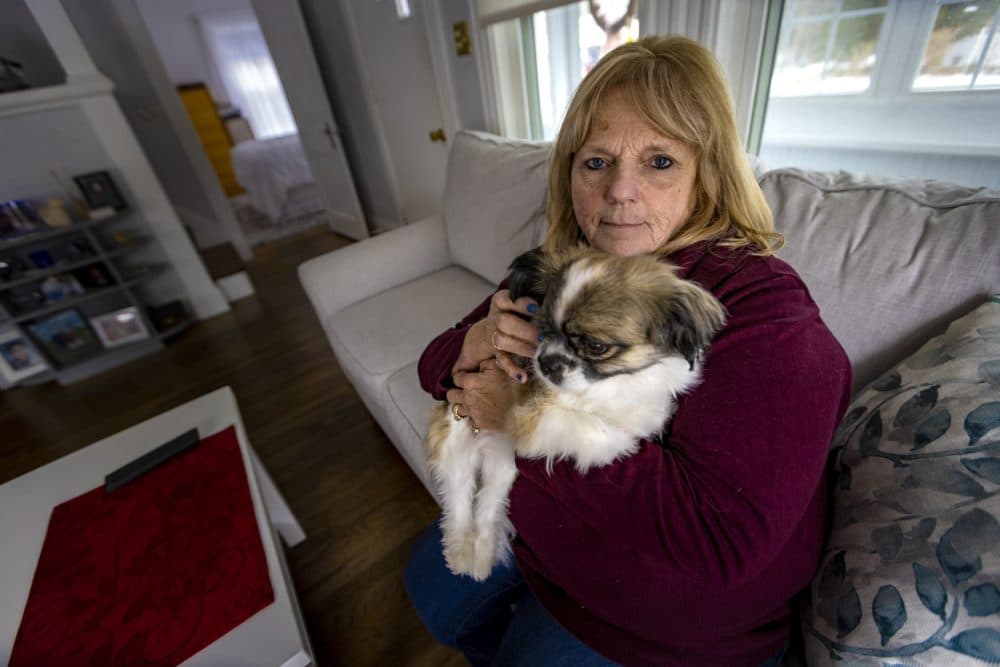 State data show a 15% increase in the number of women who died of opioid overdoses in 2020 compared with the previous year.

Patti Parent has seen the increases since her daughter’s death and questions why there isn’t more urgency about improving treatment so more women will seek help.

“You know [addiction is] everywhere,” Parent said. “It doesn’t have any boundaries. And until something changes, nothing’s going to change.”