ALEXANDRIA — A guilty verdict has been handed down in the case related to the drug overdose death of an Elbow Lake man.

Montana Evelyn Marie Hedstrom, 31, has been found guilty of controlled substance crime in the third degree — sale of a narcotic drug, following a trial held in Douglas County Circuit Court on Sept. 12-15.

The maximum sentence for the charge is 20 years imprisonment and a $250,000 fine.

A further charge of murder in the third degree was dropped before the court trial began.

According to the trial order and judgment filed by Judge Timothy Churchwell on Oct. 4, four elements of the case were proven beyond a reasonable doubt:

Another woman, Rachel Rae MacMillan, 24, was previously set to go to trial for the charges of murder in the third degree and controlled substance crime in the third degree — sale of a narcotic drug, but she pleaded guilty to the latter in Douglas County District Court on Friday, Aug. 19. 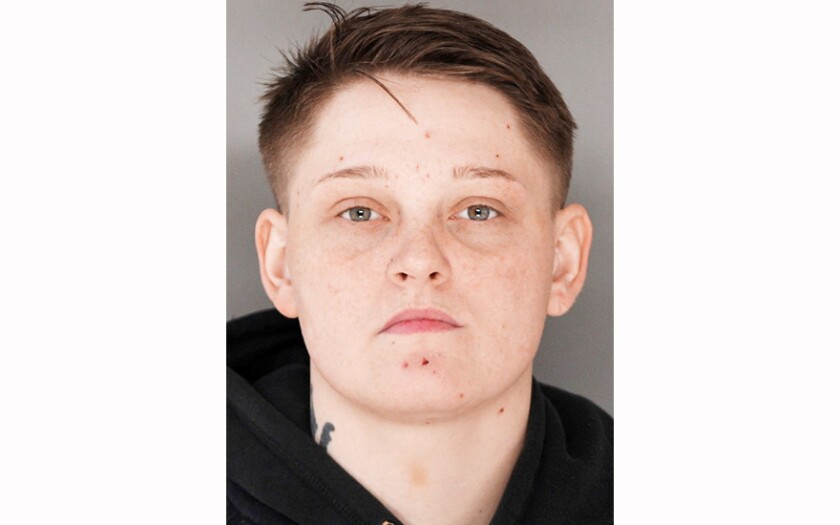 Hedstrom’s charges stemmed from the death of an Elbow Lake man who was found not breathing in his home on March 2, 2021.

He died several days later at a St. Cloud hospital of an overdose, according to a press release from the Grant County Sheriff’s Office.

Rock-like substances in the man’s possession subsequently tested positive for fentanyl and heroin, the statement of probable cause read.

Through examination of text messages, interviews and other efforts, investigators determined that Hedstrom and MacMillan allegedly provided the man with the drugs that led to his death.

According to the statement of probable cause, video evidence was obtained from the Alexandria Walmart store that depicts the man talking to people in a white Jeep on March 2, 2021.

The person in the front passenger seat of the Jeep appears to match the description of MacMillan, and shows her getting out of the Jeep and returning to it a short time later, the statement read.

On Feb. 11, 2022, Hedstrom was interviewed at the Douglas County Jail, and she said the 2021 drug exchange was between MacMillan and the man who died, the statement read. Hedstrom said she was in the back seat of the Jeep when the transaction took place.

On Feb. 11, 2022, MacMillan was interviewed at the Otter Tail County Jail, and she admitted that a drug exchange did occur on March 2, 2021, the statement read, adding that Hedstrom texted the man to arrange the sale.

In a hearing in August, MacMillan testified that while she did give the drugs to the man, she did not orchestrate the arrangement, and that neither she nor the driver of the Jeep knew a drug deal was going to take place.

MacMillan also testified that Hedstrom was the one who made the arrangements and later said the substance was fake heroin.

Hedstrom is set to be sentenced on Nov. 29.