The mother of a young man who killed himself after becoming addicted to gambling says more parents will grieve like her and her husband because the government is not doing enough to take on the industry.

Jack Ritchie took his own life aged 24 having become addicted to gambling in sixth form.

The coroner at his inquest in March described the government’s treatment and warnings about gambling as “woefully inadequate” and ordered it to set out how it would prevent future deaths.

Jack’s parents, Liz and Charles, say the government’s response, which they received last week, is not enough to prevent more people suffering like their son.

“Our concern is it seems to be saying more of the same system, that is the system that killed Jack,” Liz said.

The couple are worried about the lack of plans for hard-hitting public information about the risks posed by gambling.

They are also disappointed that there is no commitment to introduce a compulsory, independently managed levy on the gambling industry to fund treatment and prevention of addiction.

The government’s response, seen by the Guardian, is supposed to set out how it would prevent more deaths like Jack’s. However, many of the points referenced are historical changes, such as the introduction of a £2 maximum stake on fixed-odds betting terminals and the expansion of NHS clinics. 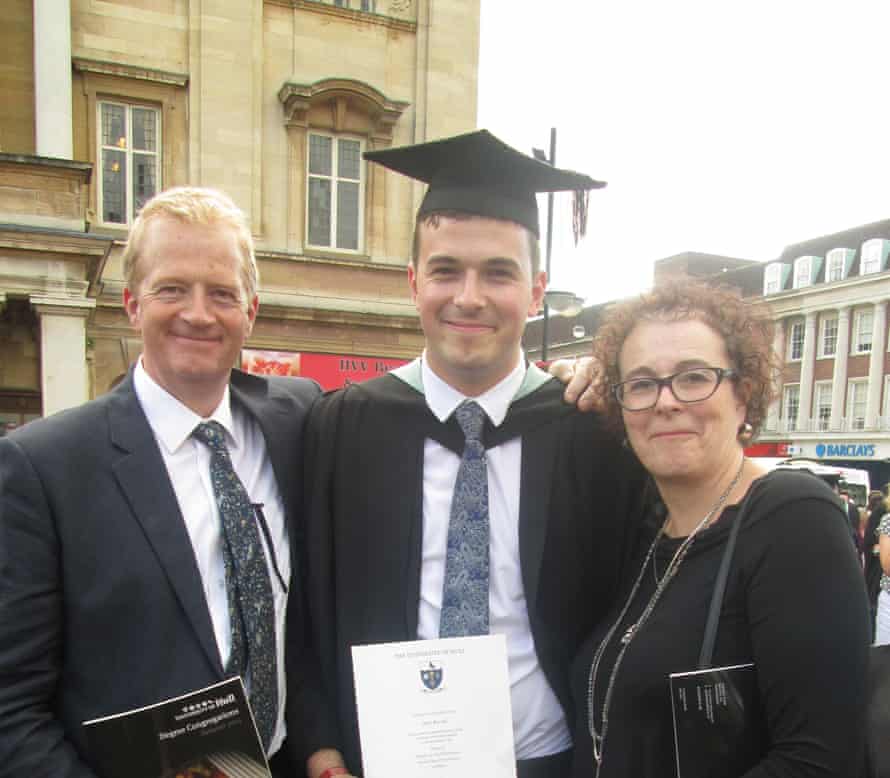 Jack Ritchie at his graduation with his parents, Charles and Liz. Photograph: Gambling with Lives/PA

Liz said a lack of public information when Jack first confessed as a teenager that he had been losing money in betting shops meant they had no idea of ​​the danger.

“Right by school there was something that was enticing him that was more addictive than heroin, that was promoted as safe, that he had ready access to,” she said.

“We didn’t have the tools to help him and we didn’t know the suicide risk. We were given false messages.”

She added: “Unless this gets changed this will happen tomorrow, and the next day and the day after that. There will be more and more parents in our position.”

Jack took his life in Hanoi after losing money on British gambling websites. His parents established the charity Gambling with Lives to raise awareness of the link with suicide.

At the inquest, the Sheffield coroner, David Urpeth, said it was “abundantly clear” that gambling contributed to Jack’s death when he issued the prevention of future death orders.

Though some changes to the prevention and treatment of gambling addiction have been introduced since Jack died in 2017, Urpeth said “significantly more” needed to be done.

Charles said: “Jack started gambling on something that he was told was normal and a bit of fun. But there’s nothing in [the government’s response] about addressing the normalization of it and the false description of it as a bit of fun.

“Some of these products have an addiction risk rate of 48%, so you’ve got a one in two chance of being addicted. And that’s what happened to Jack.” 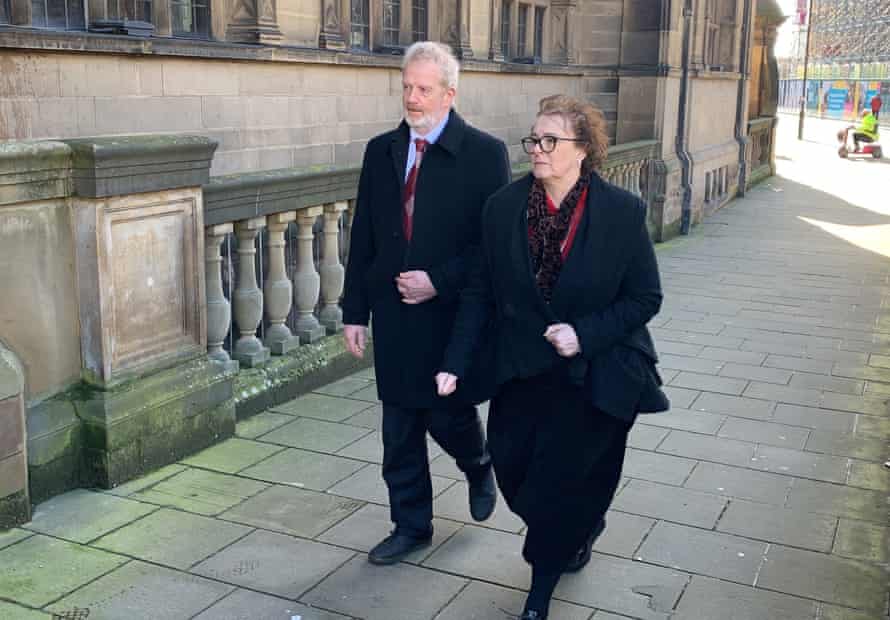 Charles and Liz Ritchie arrive at Sheffield Town Hall for the start of inquest into the death of their son Jack. Photographer: Dave Higgens/PA

The industry-funded charity GambleAware is referenced 15 times in the government’s response, suggesting it sees it as part of the solution. The Ritchies are worried this is an indication that necessary change is not coming.

GambleAware and other industry-funded charities’ school training was found by researchers to align with “wider industry interests”.

A paper published last week by the London School of Hygiene & Tropical Medicine and Cambridge University said the industry’s lessons deflected attention “from the harmful nature of the products and services they market” and shifted “responsibility for harm on to children, youth and their families ”.

During the inquest the coroner suggested that having tobacco-style messaging such as “gambling kills” may be a clearer way of flagging its potential harm. The Ritchies said GambleAware’s chief executive appeared to agree with this idea in court but has made no commitment since.

The NHS announced earlier this year that it would no longer take money from GambleAware, over concerns about its ties to betting companies.

Commenting on the current setup where gambling companies can choose the charity they fund, Liz said: “That’s the essence of the system that generated Jack’s death, that generated all of those failures, because the industry can move their money wherever they want. And they can take it away from the industry partner charities – and GambleAware is the main one – if the messaging is not industry friendly.”

Sign up to First Edition, our free daily newsletter – every weekday morning at 7am BST

The government is reviewing gambling legislation and a white paper setting out its reform is expected in the coming weeks.

There is understood to be support from several government departments for a statutory levy on betting companies. However, the issue is still being considered by the Treasury, which relies on tax income from gambling.

Zoë Osmond, CEO of GambleAware, said: “GambleAware has always been clear that gambling harm is a serious public health issue, which requires action on all fronts. We work closely with government, the NHS and other charities to help keep people safe from gambling harm.”

Osmond said his website highlights “the wide range of harms associated with gambling, including those linked with mental health and suicide”. She added that its education programs were evidence-based and independently evaluated.

Most of GambleAware’s independent board of trustees are from the public sector, Osmond said. She said that “a robust governance process ensures the gambling industry has no authority or influence over our work.”

A government spokesperson said: “The tragic death of Jack Ritchie is a stark reminder of the devastating consequences of harmful gambling can have on individuals, their families and friends.

“As set out in our response to the Preventing Future Deaths report, we are committed to working with the NHS and stakeholders to ensure those experiencing gambling-related harms are able to access the quality treatment and support they need, when they need it.”

Results are in: National Prescription Drug Take Back Day