A 24-year-old English teacher developed a chronic gambling addiction that started with betting small amounts on controversial fixed-odds betting terminals (FOBTs) when he was in the sixth form, an inquest into his death has heard.

Jack Ritchie, a Hull university history graduate, took his own life while teaching English in Hanoi, Vietnam, in November 2017.

His parents, Charles and Liz Ritchie, from Sheffield, argue that government failures contributed to their son’s death in that he was hooked on “products licensed by the state”.

The inquest examining Ritchie’s death is believed by his parents to be the first so-called article 2 inquest in a case relating to suicide after gambling. That means its scope will include an examination of whether any arm of the state breached its duty to protect their son’s right to life.

On Monday, the opening day, a witness statement from Ritchie’s childhood friend Nick Clough was read. He described going with Ritchie to betting shops when they were aged 16 or 17 and spending small amounts on the machines. Ritchie’s intention was to double his money “to get a free lunch”.

But he added: “With Jack it became more than that.”

A trigger moment was when Ritchie won £1,000 in less than 30 seconds, a win that changed his attitude to gambling as he began chasing his losses and looking for the big win. 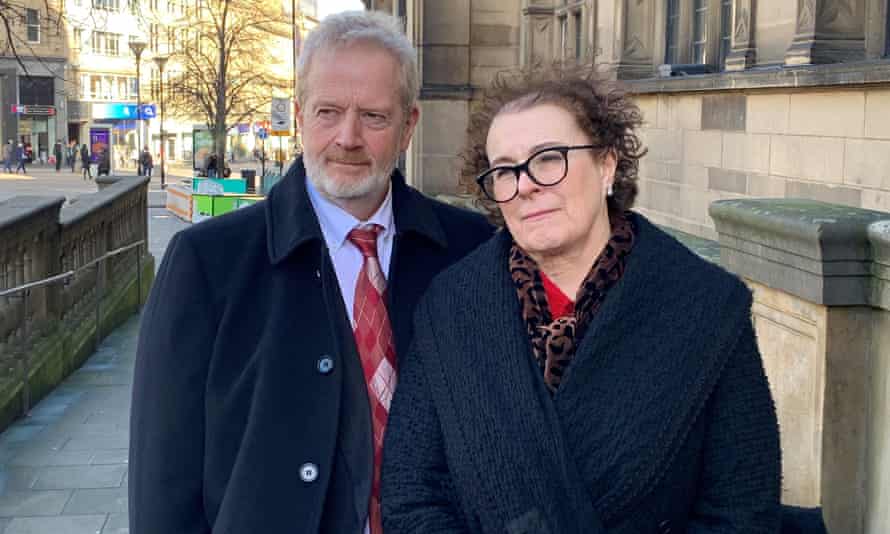 Charles and Liz Ritchie arrive at Sheffield town hall for start of an inquest into the death of their son Jack. Photographer: Dave Higgens/PA

Other witness evidence read to the inquest described how no one had realized the extent of Ritchie’s problems until he had taken his own life.

Forensic evidence presented to the inquest showed he was a regular visitor to the BetVictor online gambling website in the days leading up to his death.

The inquest at Sheffield town hall opened with a video montage of happy moments from Ritchie’s life.

His father described him as a “fine young man on the threshold of his life” who “brightened the lives of everyone around him”.

Charles and Liz Ritchie have campaigned for reform of gambling legislation through a charity, Gambling With Lives, that they helped set up.

The couple believe in an undiagnosed gambling disorder lay behind their son’s death and argue there were no public health warnings about the risk to life posed by gambling products. Their son was not diagnosed or offered treatment that linked his symptoms to gambling disorder, they say.

The coroner David Urpeth said the evidence at the hearing, expected to last two weeks, would cover topics including what information was available to Ritchie and his family about the risks of gambling and also what medical treatment was available to him.

Urpeth said that his examination of how Ritchie died would include “whether gambling caused or contributed to his death”.

The coroner said he understood that the family wanted the scope of the inquiry to be an even wider analysis of government gambling policy and told them: “I do not want the family to think I am disinterested in their wider concerns. It’s just that such concerns are beyond the power invested in me.”

Officials from the Gambling Commission and the Department of Health and Social Care and Department for Digital, Culture, Media and Sport are among those expected to give evidence at the inquest.

Charles Ritchie previously told the Guardian that he had discovered his son’s addiction when he was 18. He promptly took him into every betting shop in Sheffield, where Jack Ritchie left a photograph and signed a form that would exclude him from placing bets there. But his addiction simply transferred online.

Non-profit to receive ARPA dollars to assist with trauma…