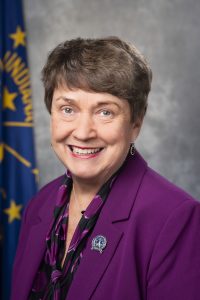 STATEHOUSE – A bill drafted by State Senator Jean Leising (R-Oldenburg) that would deal with reporting of suicide and drug overdose deaths passed the Senate by a vote of 46 to 1.

Senate Bill 84 would require the Indiana Department of Health and Human Services to produce an annual report of all suicide and drug-related deaths within the state for the previous year. This report would include:

· the number of deaths in each county;

· the number of deaths in each month;

· the age, sex and race of each fatality; and

· the method of suicide or overdose.

“We lose too many people to suicide and drug overdoses every year,” Leising said. “My intention with SB 84 is to ensure we have the information we need to make informed public policy decisions that will meaningfully combat this issue and help struggling Indiana residents in the future.” “

SB 84 will now move to the Indiana House of Representatives for further consideration.

Book Review: Unstitched: My Journey to Understand Opioid Addiction and How People and Communities Can Heal – by Brett Ann Stanciu

The Des Moines addiction treatment facility is planning an expansion