View in your browser

Another week, another UK prime minister. At least our Westminster team is well-practiced at covering these transitions. We looked ahead to Rishi Sunak’s first 100 days in office and at how he was vindicated after it seemed like his political career was over just seven weeks ago.

Our excellent coverage of souring Franco-German relations continued this week as Chancellor Olaf Scholz headed to Paris. Despite enthusiastic advisers hailing the meeting as a “complete” success and some agreement over US trade, President Emmanuel Macron denied the German leader a press conference, a snub that would have been well-understood by Scholz, who recently did the same to Hungary’s Viktor Orban. Such is the language of international diplomacy.

The week ended with Elon Musk declaring “the bird is free” as he closed a $44 billion deal to buy Twitter. Musk has previously indicated he would loosen rules to prevent hate speech and misinformation, leaving Washington awaiting Donald Trump’s return to the platform. It seems a very long time since David Cameron declared that “too many tweets might make a twat” and Twitter now plays an outsized role in so many of the political bubbles we inhabit. We’ll be watching with interest as Musk and regulators fight it out to define the limits of free speech — and by extension Twitter’s role in politics.

Wishing you all a restful weekend.

**A message from the EPP Group: Listen to the EPP Group podcast discussion on what Cohesion Policy can do to address the ongoing energy crisis and rising costs of living for every European. Can some of this funding be channeled into investments to tackle the crisis? Tune in to learn more!** 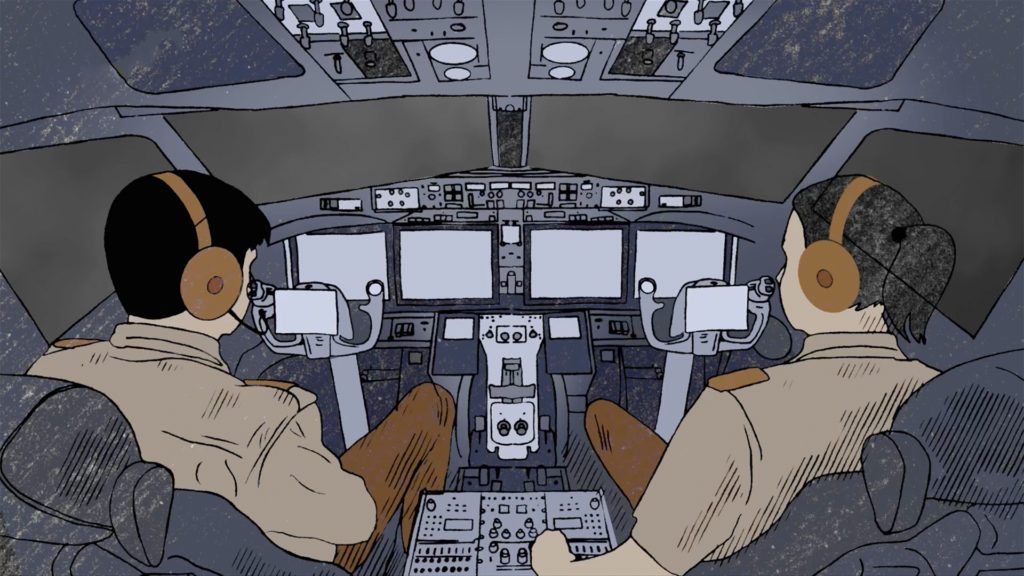 Inside the control room of Belarus’ hijacked Ryanair flight

Back on May 23, 2021, a bomb threat forced Ryanair flight 4978 to land unexpectedly in Minsk — except that bomb threat was a lie. This gripping account, based on a report leaked to POLITICO, takes readers through the dialogue inside Minsk air traffic control that day. Superbly visualized with a brilliant animation. Read the story and watch the video.

The EU’s two biggest beasts are not getting along. Emmanuel Macron and Olaf Scholz have clashed over energy policy, defense and how to handle China in recent weeks. POLITICO was the first to report that their relationship was so frosty that they would not even share a press conference together when the German leader made a personal visit to Paris this week. Such an appearance is a diplomatic nicety and Macron’s decision to cancel it amounted to an obvious snub. With a war and an economic crisis raging, it’s not the ideal time for France and Germany to be scrapping. Read the story.

UK Tories are addicted to chaos. Can they kick the habit?

This deep dive into abortion activism is the second major collaboration between POLITICO and WELT brought to you by our health team. Packed with relatable insights about the network of women activists who have organized to make medical abortion available to women in countries with strict anti-abortion laws, the story was also evocatively illustrated. The story was well-timed to land ahead of the US midterm elections, where the recent Supreme Court decision striking down the landmark Roe v. Wade ruling has made abortion a major issue for voters. Read the story.

In 2015, Europe was consumed by a migration crisis. It’s happening all over again, though hardly anyone has noticed. The question for the EU is whether Brussels can provide leadership before it is too late. Ursula von der Leyen and her Commission do not need to look far afield to see the human cost of their failures: Migrant children are being forced to sleep on Brussels’ streets. Read the story.

While Europe and America are aligned on Ukraine, tensions are escalating significantly on trade — bad news at a time when the global economy is already under intense pressure. In this story, we exclusively revealed that Olaf Scholz is backing a hard-line approach to what Europeans see as unfair US protectionist policies. He’s siding with France’s Emmanuel Macron (itself a rare thing these days) on the need to hit back with “buy European” measures if Joe Biden refuses to change course. Read the story.

The world’s biggest dirty energy club is cracking up

A 30-year-old international treaty designed to safeguard the development of oil, coal and gas feels about as outdated as it’s possible to get in 2022. That’s why EU countries are lining up to quit the Energy Charter Treaty. The strain is clearly showing as the deal cracks apart. The head of the treaty’s secretariat went on a wild Twitter rant, claimed he was hacked, and then mused — in this interview — that it might be better for the planet if his organization ceased to exist. Read the story.

Secretary-General Jens Stoltenberg sits down with POLITICO’s Lili Bayer at NATO headquarters in Brussels to discuss how the war in Ukraine has shaped the alliance and European defense. Also in this episode, host Suzanne Lynch speaks to European Commissioner Věra Jourová about a new EU law aimed at guarding against media interference by governments and giving more protections to journalists. And they discuss ongoing tensions between Brussels and Warsaw over rule-of-law concerns in Poland. We also debate the EU’s complicated relations with China, as POLITICO’s Matt Karnitschnig explains the controversy surrounding an upcoming visit in early November by German Chancellor Olaf Scholz. Listen to the episode.

Westminster Insider is on a break, but our episodes are not time-sensitive: Have a listen to our catalog here or via the links below.

The European Parliament wants to open a hotel in Strasbourg, but is that a good idea? Find out more in this week’s Declassified column.

“OK, so we’re clear on the plan? Six weeks of pretending to support European values ​​and then we kick all the foreigners out.”

Can you do better? E-mail [email protected] or on Twitter @pdallisonesque

Last week we gave you this photo:

Thanks for all the entries. Here’s the best from our postbag—there’s no prize except for the gift of laughter, which I think we can all agree is far more valuable than cash or booze.

“With international boycotts in place, Russia decided to hold its own Eurovision contest this year — with a special guest judge!” by Ben Boffey.

**A message from the EPP Group: Listen to the EPP Group podcast discussion on what Cohesion Policy can do to address the ongoing energy crisis for businesses and every European. Cohesion Funds were instrumental in tackling the aftermath of the 2007-09 financial crisis and navigating through the COVID-19 pandemic. EPP Group MEPs Isabel Benjumea Benjumea, Pascal Arimont and Franc Bogovič discuss what Cohesion Policy can do to soften the blow of high energy bills. Short-term and long-term solutions are needed. Investments in renewables will be a clear priority. But also, building new infrastructures, such as LNG terminals and interconnectors between the EU27 countries, will be essential for the EU’s energy resiliency. Can Cohesion Funds play a role in advancing the EU’s energy infrastructure? Listen to the EPP Group’s podcast to learn more!**