Orange soda and karaoke are on offer for those graduating rehab in “People, Places & Things,” a probing dive into addiction. The highly lauded Duncan Macmillan play, with riveting direction by the Elliot Norton Award-winning David R. Gammons, is as stimulating as it is afflictive in a SpeakEasy Stage Company production running through March 5.

At the party, the group chants “Don’t come back, don’t come back,” to the graduate of the moment, the always affecting Nael Nacer as Mark, who spilled some of his darkest secrets in the group therapy sessions.

However, many addicts do come back. According to the National Institute on Drug Abuse, statistics show that roughly 40-60% of those in recovery relapse. The organization does point out that treatment, including relapse, is in line with the management of other chronic disorders.

This narrative focuses on Emma (Marianna Bassham), a fun-loving actress who dabbles in alcohol, marijuana, pills and more. But after flubbing a scene in Chekhov’s “The Seagull” as Nina, she finds herself in rehab and unable to work. To get back out there she needs a certificate from the doctor outlining that she’s no longer a risk.

Bassham excels as Emma, ​​who is always putting on a show; eager to be seen, but not truly. She’s a charming addict, quick to hurl a pithy or startling line to whoever is listening. Later, when her body trembles from too much of everything in her system, she’s even better.

Emma’s journey and the others in the group — an all-star ensemble — are painful. Recollections of broken jaws, limbs, promises and hearts come out in the sessions. Emma shares too, but often she’s acting instead of telling the truth.

Of course, bonds are formed, and there are moments of laughter (Emma loves to spontaneously shout lines from movies and plays), but the show is heavy, leaving this audience member moved by the weight of the two-and-a-half show . Its visceral effects linger after watching. 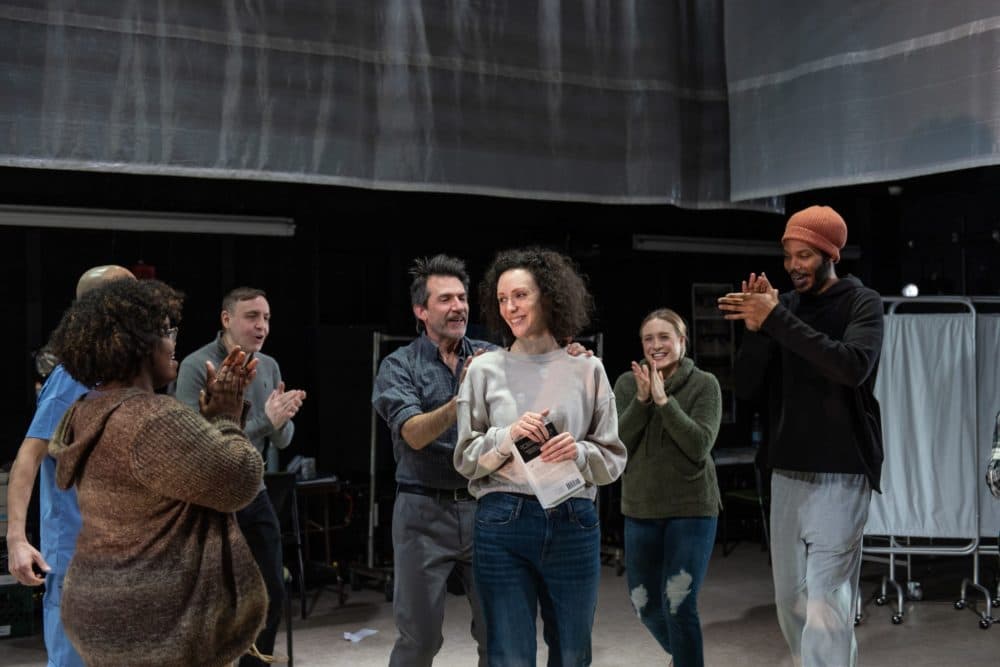 There’s no shortage of theater, film, or TV shows that have tackled the topic of alcohol or drug abuse. The popular HBO show “Euphoria” is one of the more recent. Viewers of that show have many months to immerse themselves in the life of one of its main characters, Rue (Zendaya), an addict in high school. Zendaya’s relapsed Rue exploded during episode five of season two, “Stand Still Like a Hummingbird,” which takes viewers on a frightening journey from her mom’s house where she verbally assaults her loved ones and into the city streets. She steals, runs from cops and into traffic, all while seeking her next high.

But without the big budget of a major network or even a large stage (this show is in the smaller Roberts Studio Theater at the Calderwood Pavilion) Gammons portrays the chaos of Emma’s mind artfully. He uses strobe lights, movement and dialogue in slow motion, and Emma’s printed likeness held over the faces of the ensemble cast. thesis Paper faces represent perhaps, all her warring selves, colliding, vying for space and usurping Emma’s desire or ability to get and stay clean. Gammons is no stranger to addiction. It runs in his family and the director is 27 years sober from alcohol according to the program. Maybe that’s why these frenetic scenes felt so intriguing.

The struggle against drugs and alcohol is a physical and psychological one. The doctor tells Emma that addiction is a parasite that won’t stop until its host dies. Another cast member tells her that we’re only as sick as our secrets. To help those in recovery are encouraged to tell their truths and stay away from people, places and things that might cause them to relapse. Faith in God plays a part too, but Emma is having none of it. Bars, parents, certain friends and more are just some of the people, places and things that come up that they’re to avoid. 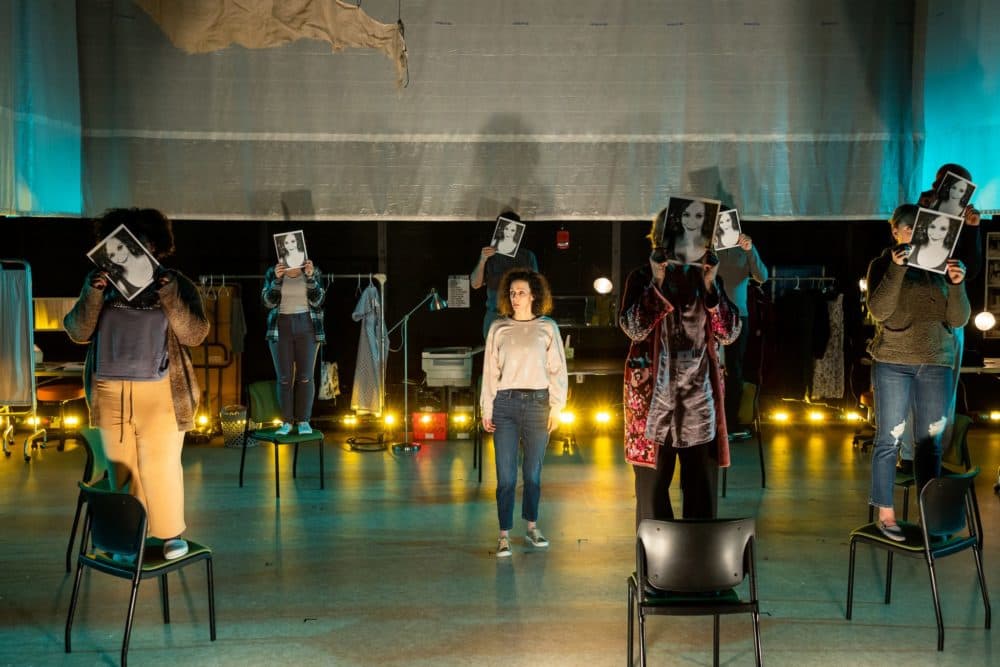 For Emma, ​​acting is what she’s good at, but it’s just as addictive as drugs. She gets to live the most intense moments of a life over and over again; without all the boring parts and speak poetry, she says. And it feels good to be someone else. It’s evident from the first scene of the play that Emma uses while working, so how can an actress in recovery avoid the stage? That tension of trying to stay clear of the people, places and things linked to drug and alcohol abuse leaves the characters asking, what are they supposed to do?

It seems the answer is just to keep trying. Ultimately, the show allows audiences to delve into the murky depths of addiction. Viewers hear Emma sharing her recovery with her parents, whose own perspectives cut like a sharp knife. Maybe that’s what the journey to recovery looks like for those in the throes of addiction and for the people who love them — good, peaceful moments coupled with swift, sharp turns.

Hopefully, one of those turns can lead to a victorious end.

‘I trust my drug dealer more than I trust this vaccine’