Mom died from a drug overdose – how to deal with parents with addiction problems: Terry Pluto’s Faith & You

CLEVELAND, Ohio – Frank (not his real name) is in his late 20s. I met him recently. We have a mutual friend who told me about Frank’s mother recently dying. That’s all I knew about his situation.

My friend introduced us and stepped away from the conversation.

I was silently praying, asking for God’s wisdom. I decided to keep quiet.

“Had she been ill for a while?” I asked.

I nodded, telling myself to keep quiet.

“My grandparents raised me,” he said. “They were like my parents.”

I could hear his voice cracking a bit.

“If you feel sad, that’s all right,” I said. “It’s always hard losing someone close to you.”

His voice trailed off.

“I saw enough of that stuff,” he said.

We talked a little more. He wasn’t sure of his feelings about his mother.

“We really weren’t that close,” he said.

Then I asked if I could pray for him. Hey nodded.

I put my hand on his shoulder and quietly prayed for God to give him comfort, to let him feel loved. I don’t recall what else I said. It was only a minute-long prayer. We were in a public place.

Pastor Anthony T. Parker giving a sermon at Rhema Fellowship Church in Cleveland. He also is a court bailiff and a magistrate.

THE PAIN A CHILD FEELS

“No matter what is the situation with your mother, she is still your mother,” said Anthony Parker, pastor of Rhema Fellowship Church at 3400 St. Clair Ave. in Cleveland.

Parker has had a lot of experience in this area of ​​drugs and families. He is a magistrate in North Randall. He’s a bailiff for Cuyahoga County Judge Cassandra Collier-Williams. His wife is Antoinette McSears-Parker, a social worker for the last 21 years.

“A child losing a parent to drugs happens more often than you think,” he said. “It creates grief a on different levels.”

Parker mentioned how the child often felt “embarrassed” by the problems of the parent. There is a powerful scene in the basketball movie Hoosiers where the father of one of the players staggers onto the court drunk during his son’s high school game.

“So many children of parents with substance-abuse problems have painful stories,” said Father Bob Stec of St. Ambrose Catholic Church in Brunswick.

As Parker mentioned, there’s always a hope…even if it’s faint…that one day the parent will become sober.

“When that parent dies, so does that hope,” said Parker. “Even though they have been disappointed so many times by the parent, they still wish and hope it will be different. Now, they won’t know it.” 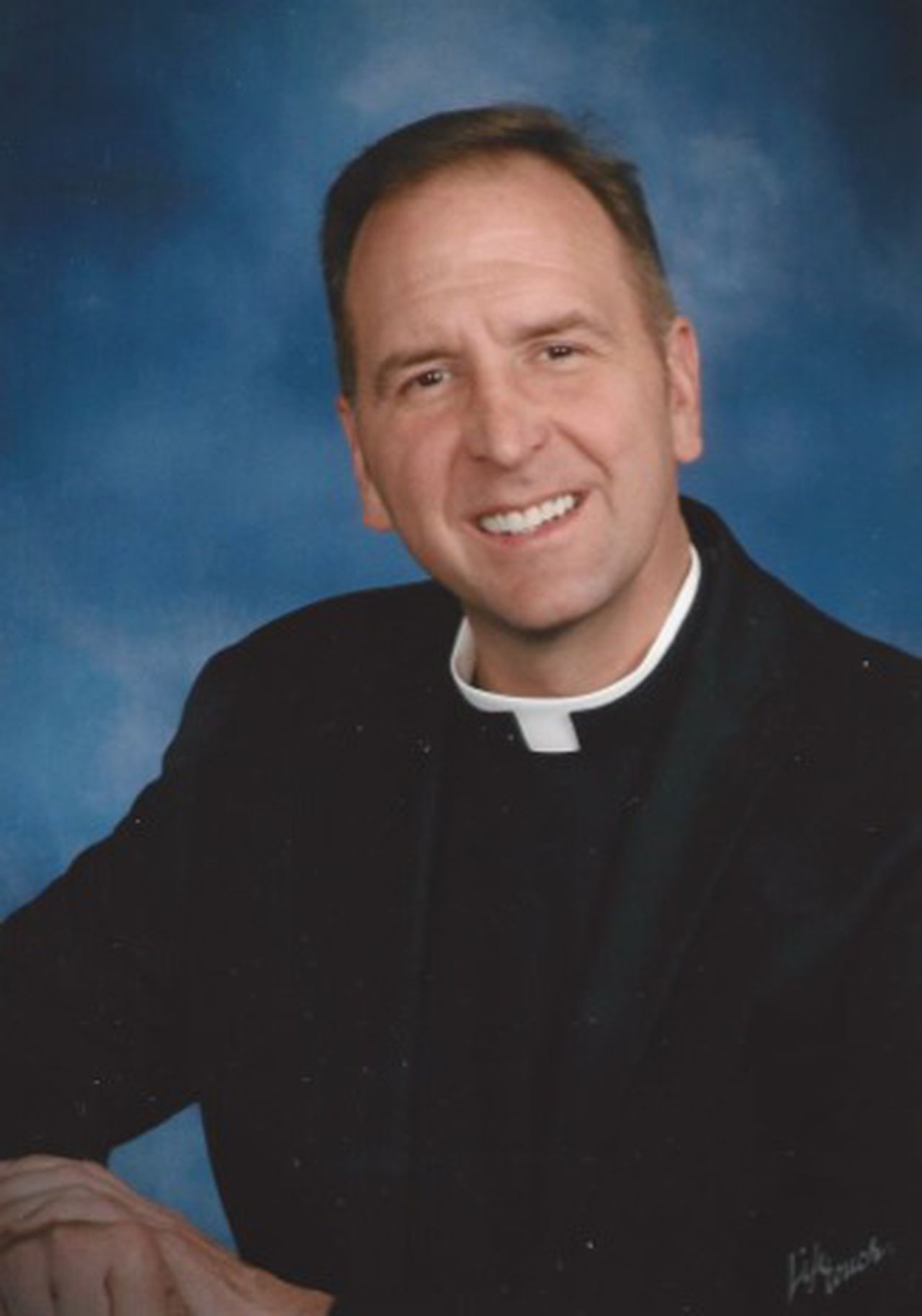 THERE CAN BE GUILT

Parker said he and his social worker wife have often heard stories like Frank’s.

“A difference is he’s had his grandparents to step in,” said Parker. “They were able to keep him out of the system. That’s the good part. We see a lot of kids go into the foster care system. It’s time to go to court, and no one is there to support them. They are all alone.”

Stec is involved with the Greater Than Heroin Coalition.

“The prescription drugs and the opioids hit people of all ages,” said Stec. “Usually, you hear about parents of children with addiction problems. But it’s everybody.”

Stec and Parker discussed “the guilt” the children of addicts sometimes experience.

They think there was something they should have done…

Or if they had been a better kid, this never would have happened…

“It’s not their fault,” said Parker. “They need to talk about it. Often, no one is dealing with the guilt. They also have grief and maybe anger over what happened with their parent.”

“If you grew up in an alcoholic or addicted family, chances are it had a profound impact on you. Often, the full impact isn’t realized until many years later. The feelings, personality traits, and relationship patterns that you developed to cope with an alcoholic parent, come with you to work, romantic relationships, parenting, and friendships. They show up as anxiety, depression, substance abuse, stress, anger, and relationship problems.”

Parker is an advocate of the right kind of counseling.

“People have freedom to make their own choices—like their parents made,” Parker said. “Now, you need to make your own good choice. get help Professional counseling can work together with our faith.”

I like the Grief Recovery programs, and there are a lot of them available at churches and hospitals.

Entire books have been written on this subject, so this is just a surface treatment. The idea is to get people talking – and yes, praying.

Parker mentioned this from Psalm 68, verses 5-6: “A father to the fatherless, a defender of widows, is God in his holy dwelling…”

I love that line…”God sets the lonely in families.”

God did that for Frank with his grandparents, and Frank is very grateful to them.

One of the basics of faith is God’s ability to forgive and restore. Jesus had his biological family with his mother Mary, but also a family of believers and followers.

He spent more time with them near the end of his life than anyone else. Many issues in families come down to a spiritual battle.

It’s why I prayed with Frank. It’s why he closed his eyes and bowed his head, even though he’s not a regular church-goer. He knows he can’t face this alone.

When we look at people, do we really “see” them?

Guess what? You are not going to be able to “fix” people.

On Mothers Day, we remember all kinds of moms

How to talk to a dying friend: Advice from Rocky Colavito

How do deal with regrets: Yes, we all have some

A walk through the desert, thinking of Easter and the cross.

When things are hard, don’t make them harder

Time to drop the ‘You Owe Me’ baggage

Watch out for the Energy Vampires!

Skipping beer, a parking lot prayer, what about those ashes?

A scouting trip to the hills, a rushed wedding, a life lesson

Why am I acting like a jerk and other things we need to ask ourselves?

Can we make up for lost time?

What worry? Why am I so worried?

What forgiveness is and what it is not.

I’m so dumb and other dumb things we tell ourselves

The bump in the night and other unseen fears

Christmas, My Faith & The Waffle House

What to buy, what not to say during the holidays

What to do with those painful holiday memories

The birth of a child, a battle with cancer, spending last days together

What to do when suicide happens to someone close to you

Am I stuck on being negative? Hey, it could be worse – really!

When alone, what do you think about?

What to do when dementia strikes your family

My loved ones are elderly & I’m no kid!

Walk in the ruins: Life, death & what’s next

Men & Women, how to make it work: Readers have ideas

What do women want from relationships?

How to find some peace when things are coming apart

What have we learned from COVID-19? Readers speak out

When life is turned upside down, a caregiver opens her heart

How do we treat those who serve us during the pandemic?

Dealing with the Here We Go Again syndrome

A murder story, a mysterious memorial, a wild river in Michigan’s UP

Readers send their thoughts about the Homeless Guy With the Sign

Worthy of charity or a con job? The guy with the homeless sign.

Prayer and Walking In Memphis

I’m sick of getting angry, so now what?

When the Cavs made Father’s Day extra special