Most people with alcohol and drug addiction survive : NPR 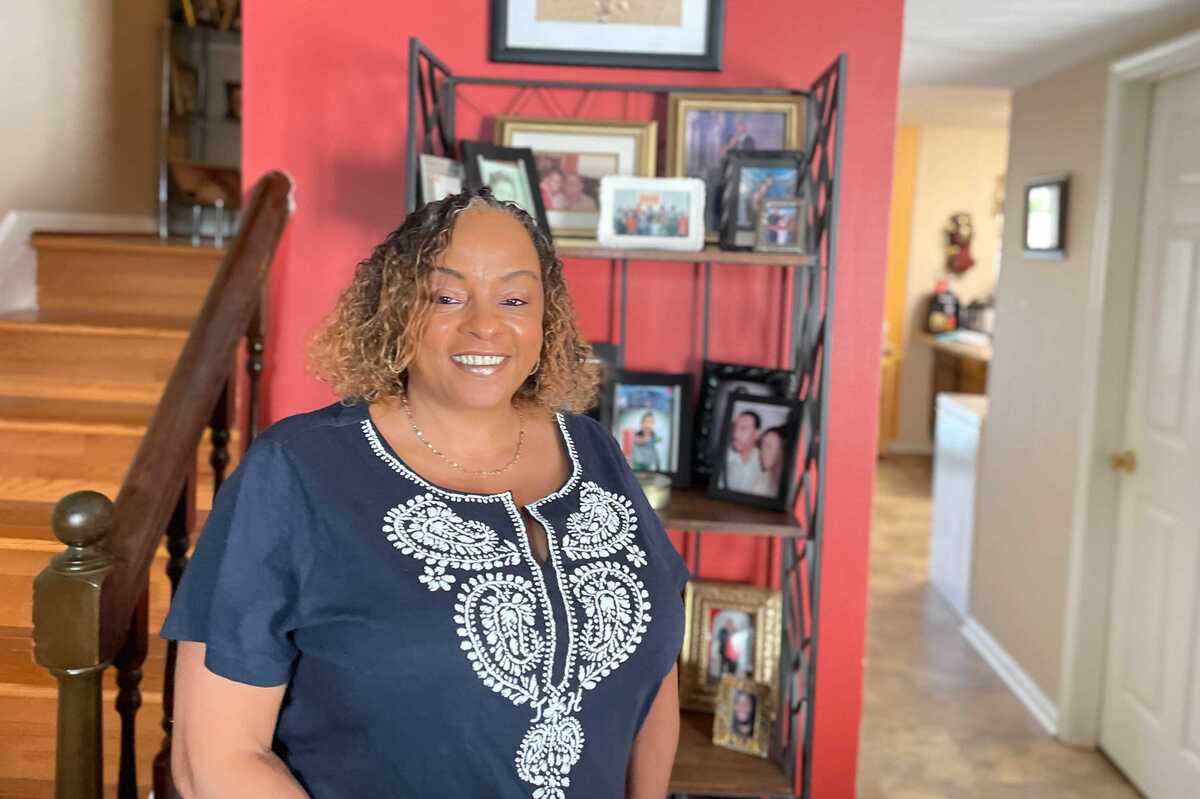 Anna Mable-Jones, age 56, lost a decade to cocaine addiction. Now she’s a homeowner, she started a small business and says life is “awesome.”

The US faces an unprecedented surge of drug deaths, with the Centers for Disease Control and Prevention reporting another grim milestone this week.

But researchers and drug policy experts say the grim toll obscures an important and hopeful fact: Most Americans who experience alcohol and drug addiction survive.

They recover and go on to live full and healthy lives.

“This is really good news I think and something to share and be hopeful about,” said Dr. John Kelly, who teaches addiction medicine at Harvard Medical School and heads the Recovery Research Institute at Massachusetts General Hospital.

Kelly co-authored a peer-reviewed study published last year that found roughly 22.3 million Americans — more than 9% of adults — live in recovery after some form of substance-use disorder.

A separate study published by the CDC and the National Institute on Drug Abuse in 2020 found 3 out of 4 people who experience addiction eventually recover.

“So that’s huge, you know, 75%,” Kelly said. “I think it kind of goes against our cultural perception that people never get better.”

Americans often see the more destructive side of addiction, drug crime, people slumped in doorways and family members who are spiraling downward.

Less visible are the people who survive the illness and rebuild their lives.

“We are literally surrounded by people who are in recovery from a substance-use disorder, but we don’t know it,” Kelly said.

Anna Mable-Jones of Laurel, Md., is one of those success stories. In college, she began experimenting with crack cocaine.

“That just took me for a total downward spiral,” the now-56-year-old said.

Mable-Jones lost a decade to addiction, entering rehab and relapsing repeatedly. It was a terrifying time for her and her family.

“My mother [started] calling the morgues,” she recalled. “She’d call my sister and say … ‘I haven’t heard from Anna.’ “

But in a pattern researchers say is common, Mable-Jones’ illness eventually eased. She found treatment that worked and has lived drug-free for more than 20 years.

“Things that I thought I would never gain again, through the process of recovery I have them all,” she said. “Today I’m a homeowner, I own a car, I started my own business.” 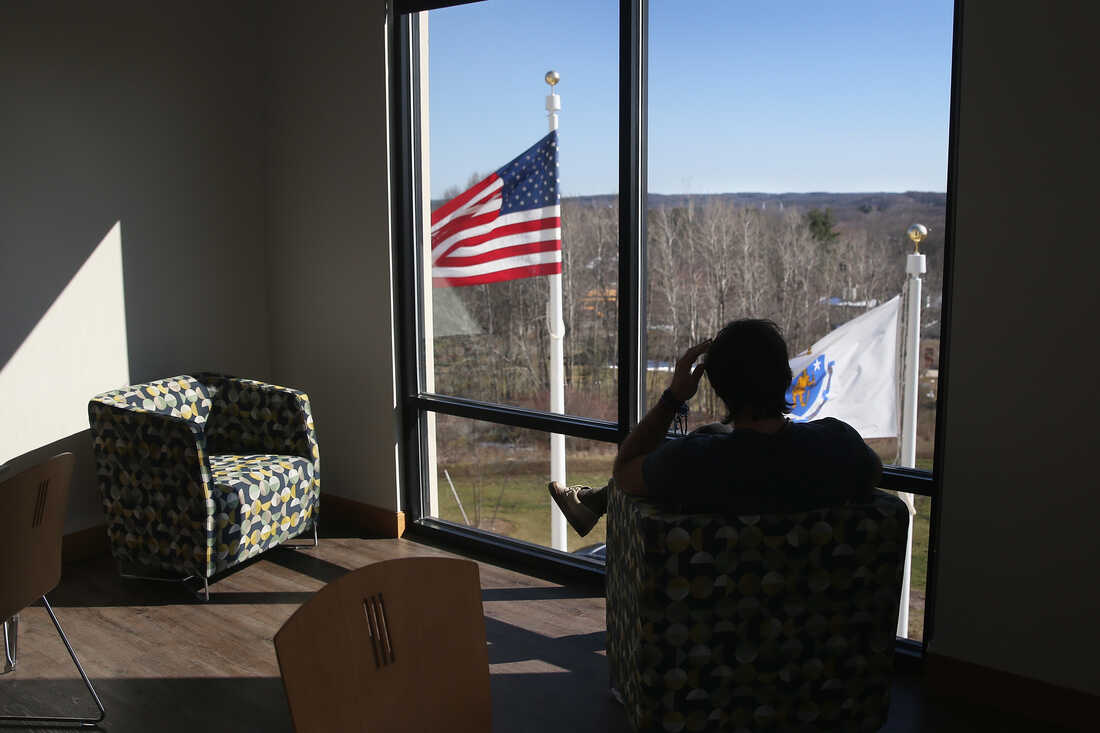 A person in recovery for drug addiction looks out from a substance abuse treatment center in Westborough, Mass. John Moore/Getty Images hide caption 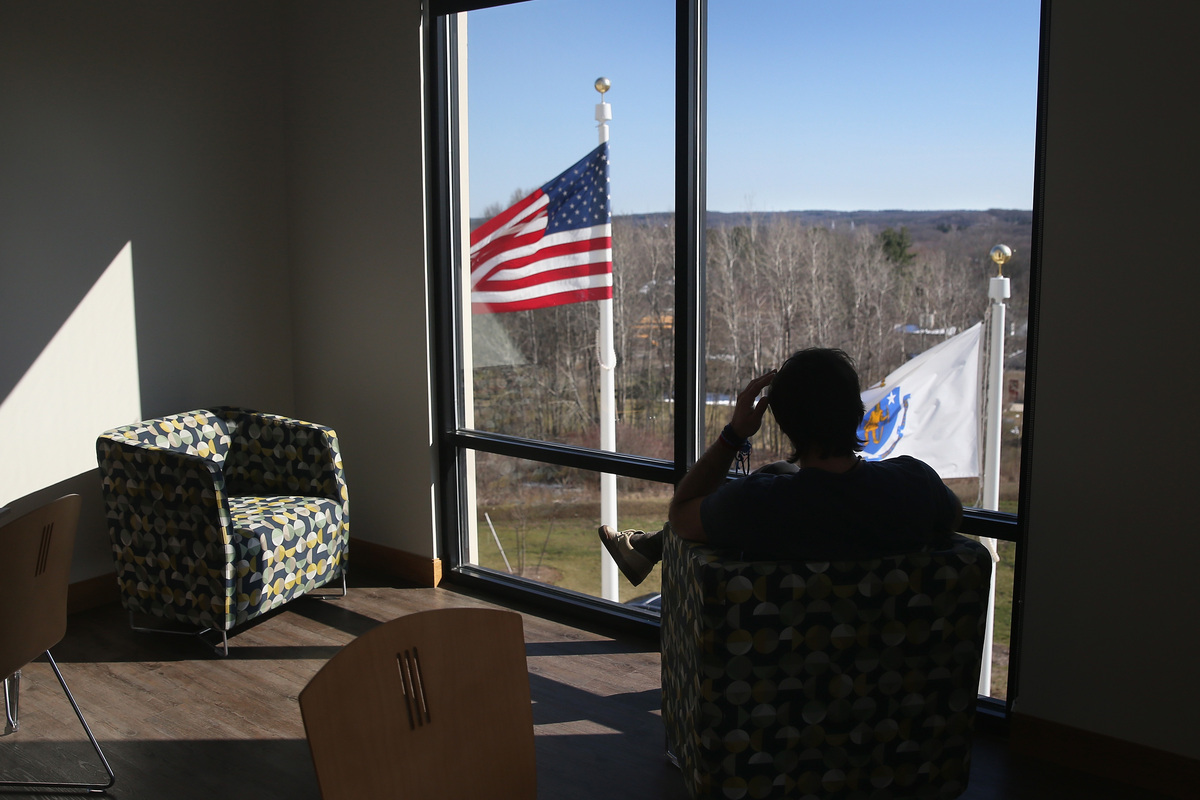 A person in recovery for drug addiction looks out from a substance abuse treatment center in Westborough, Mass.

Addiction is hard to beat, and that leads to stigma

Researchers say this data — and this lived experience — contradicts a widespread misperception that substance-use disorder is a permanent affection and often fatal.

While tragic, the 100,000 fatal drug overdoses last year actually claimed the lives of a tiny percentage of the 31.9 million Americans who use illegal drugs.

Similarly, the roughly 95,000 deaths each year in the US attributed to alcohol represent a fraction of high-risk drinkers.

So why is this ailment often characterized as intractable and hopeless?

Recovery experts say one reason is the fact that addiction is agonizing and hard to treat.

“I wanted to quit, I just couldn’t,” he said, describing his decade-long struggle with heroin. 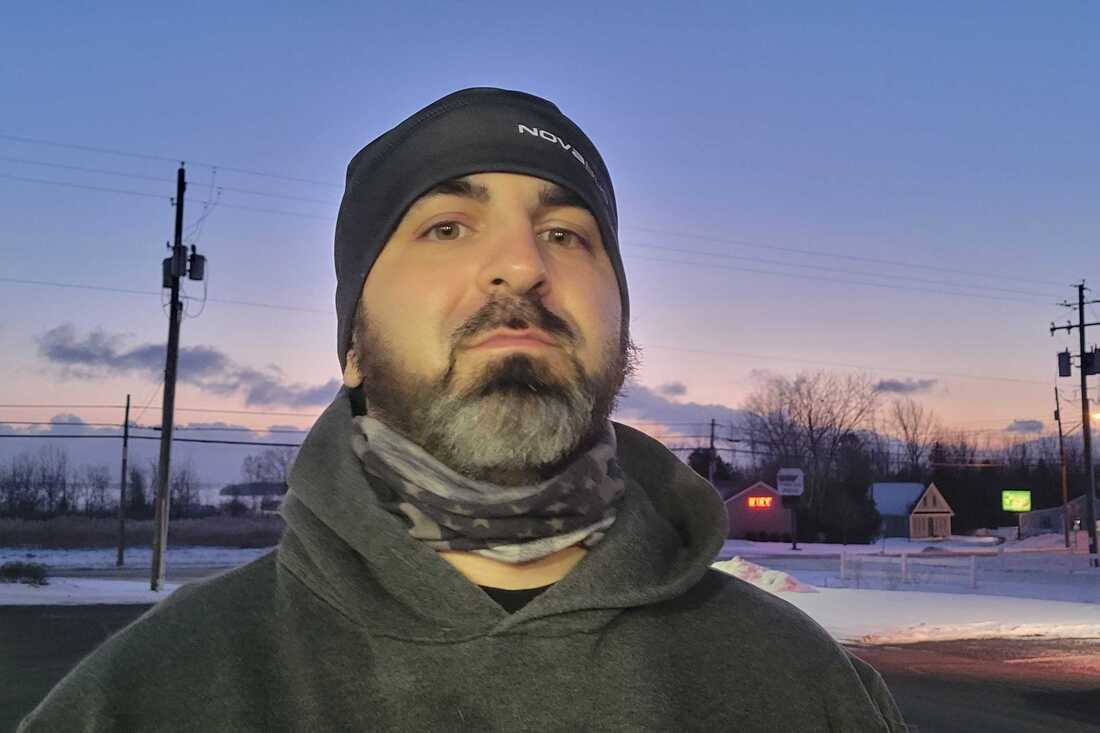 Travis Rasco used heroin for a decade. Now he’s been drug-free for four years, has a career, a wife and a new baby. Brian Mann/NPR hide caption 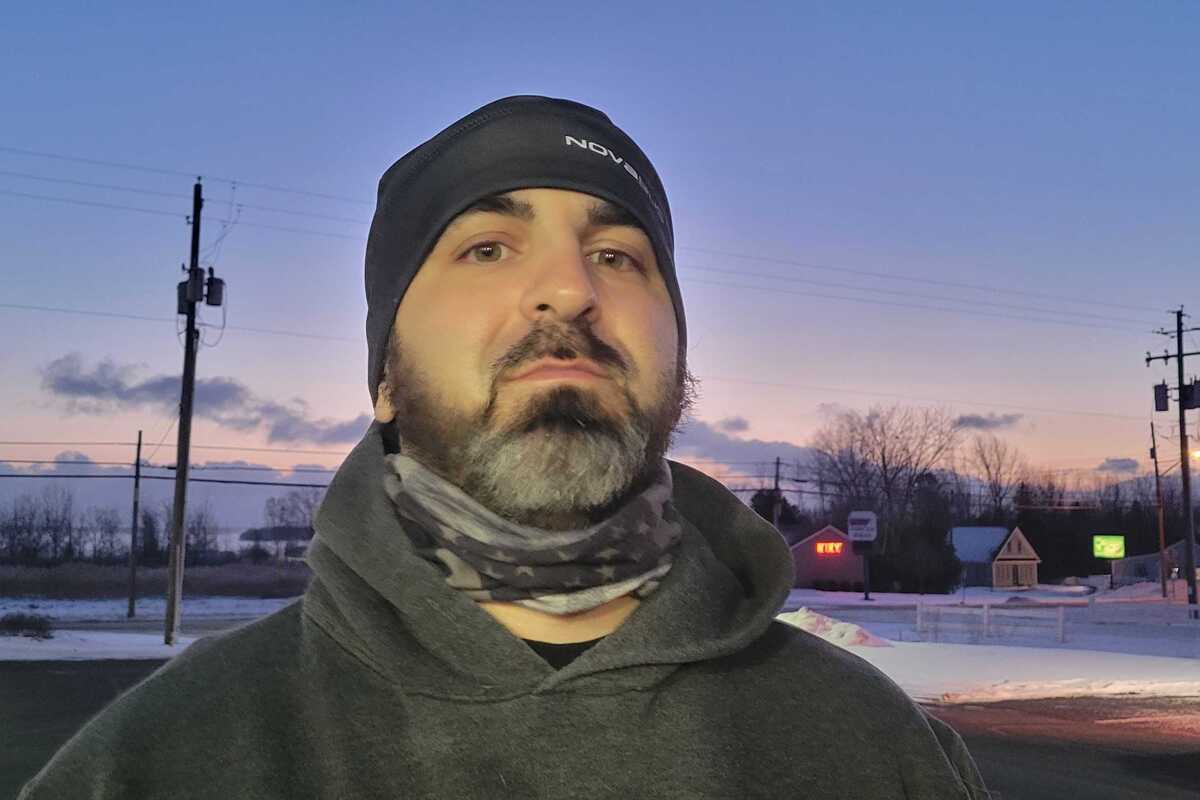 Travis Rasco used heroin for a decade. Now he’s been drug-free for four years, has a career, a wife and a new baby.

Rasco relapsed again and again, causing his family enormous pain. “I didn’t want to be that person, but I didn’t know what to do,” he said.

Studies show people usually recover, but as with Rasco and Mable-Jones, the process happens slowly after multiple relapses.

It typically takes eight years or longer to achieve long-term remission even with high quality treatment and medical care.

Rasco was working two jobs to feed his heroin habit when he finally found a path forward in 2018.

“I took a pretty lengthy ambulance ride [after an overdose] and something happened in that ambulance,” he said, describing an emotional pivot that felt different: “This is not the way to live.”

He was also able to convince his insurance company to pay for longer-term treatment.

This time it worked. He’s now lived drug-free for nearly four years, married, and has a newborn baby.

After the healing, a better life

Recovery rates aren’t the same for all people. There are stark differences in how the body and brain respond to alcohol and different drugs.

But even people who use harder drugs for long periods do typically recover.

“That 75% number [of people who achieve remission] obviously includes people at the more severe end of the spectrum,” said Dr. David Eddie, who co-authored the study on recovery success and also teaches at Harvard Medical School. “So there is absolutely hope.”

“They end up achieving things they wouldn’t have achieved if they hadn’t gone through the hell of addiction,” Eddie said.

Researchers say these hopeful findings are significant because they might inspire people to keep attempting recovery even after they endure multiple relapses.

“That can be a challenging thing to face,” Eddie said. “How do you keep getting back on the horse after repeated attempts that have failed?”

Is fentanyl a game changer? 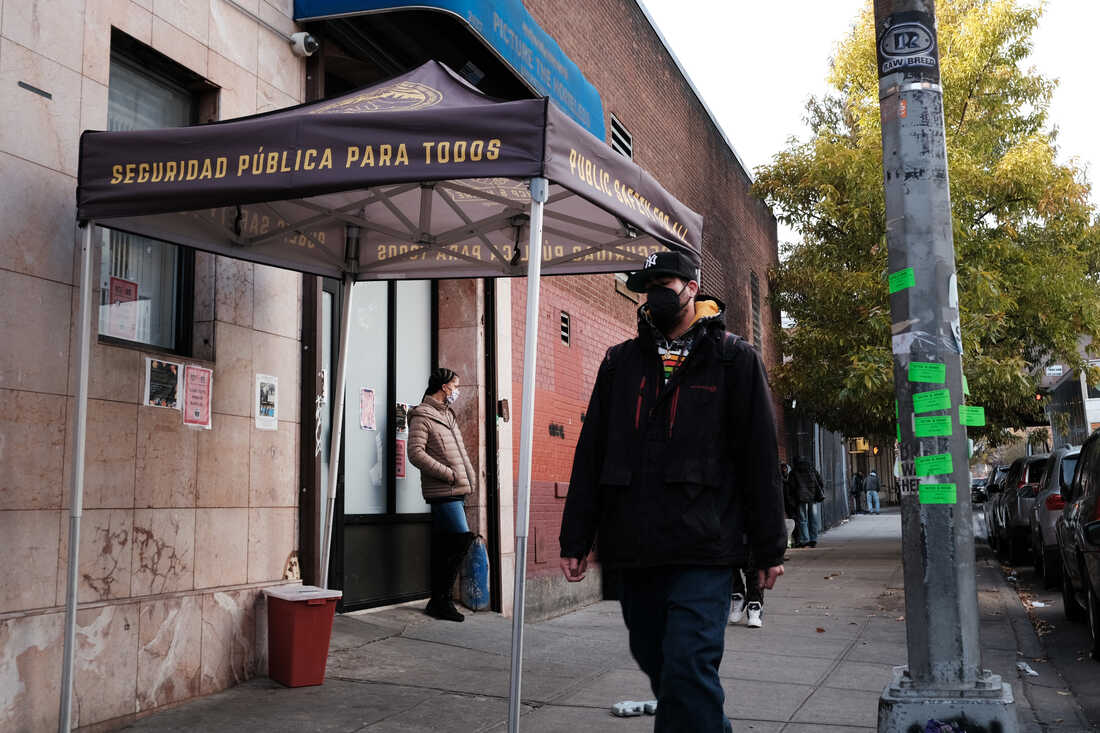 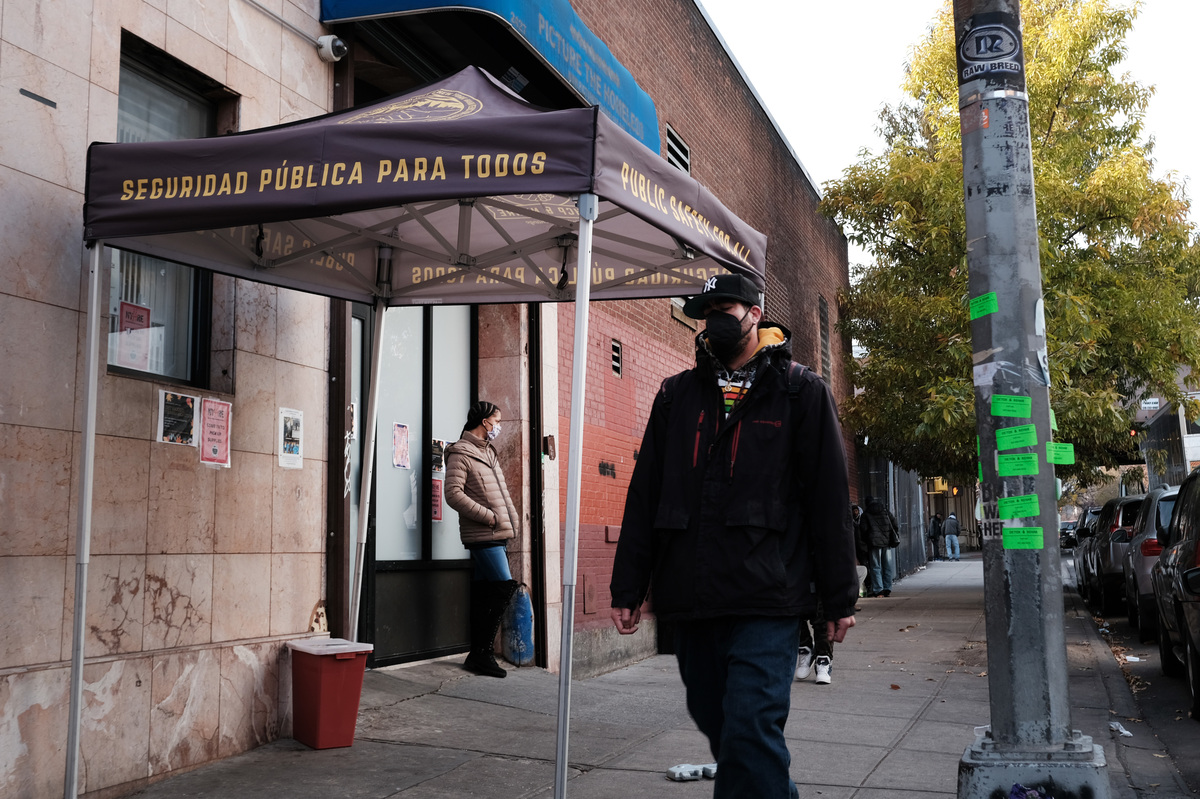 People walk past an East Harlem health clinic that offers free needles and other services to drug users on in New York.

One troublesome question is whether this pattern — multiple relapses leading to eventual recovery — will continue now that more street drugs are contaminated with the deadly synthetic opioid fentanyl.

“It’s killing them on the first try,” said Anna Mable-Jones. “It’s not giving them enough tries, as I may have had.”

Eddie said their research suggests more needs to be done to keep people alive while the healing process works.

“Nobody recovered from addiction dead. My feeling is if we can keep people alive long enough, we know eventually the majority get recovery,” he said.

“I have all the good things in life that everybody talks about,” he said. “I’m worthy of that too. Once you get to that place it’s pretty liberating.”