The study was carried out by Dr. Massimo Nabissi from the School of Pharmacy Section of Experimental Medicine, University of Camerino in Camerino, Italy. The preclinical study evaluated the effect of psilocybin on in-vitro rat brain cell line models and an in-vivo rat model on heroin self-administration and reinstatement of heroin seeking behavior following memory retrieval tests. Drug self-administration is regarded as a gold-standard preclinical model of addiction and substance-use disorders. The aim of the project was threefold and are as follows.

Gene Analysis was performed by the Clariom S Assay tool. This machine serves as a next generation transcriptome-wide gene-level expression profiling tool, which allows for the fastest, simplest and most scalable path to generating actionable results. Based on industry-leading microarray technology, the novel rat Clariom S Assay provides extensive coverage of all known well-annotated genes, compatibility with clinical sample types, scalable formats, and flexible data analysis software. The GeneChip™ Rat Genome 230 2.0 Assay was used to evaluate gene expression levels and in cell lines that were treated with heroin and psilocybin and with psilocybin in combination with heroin.

The immortalized rat hypothalamus cells (RCHT-1) were derived from the hypothalamus of a four-month-old Fisher Rat. The hippocampal cells (H19-7) derived from the rats’ hippocampi were treated daily with heroin and psilocybin, alone or in combination. After 48 hours, cell lines were collected for RNA extraction and gene array analysis. For each of the comparisons indicated, an electronic file was created that includes differentially expressed transcripts that were identified in both H19-7 and RCTH-1 cells with extended annotations. A second file was created that made comparisons evidencing only the transcript differences where the Ct (or cell type) value was highly different as a final analysis. For each of these data sets, only the genes whose expression was reverted by psilocybin and in the treatments consisting of heroin plus psilocybin were selected. Moreover, only the genes whose expression was psilocybin dose dependent were considered. In summary, the potential candidate genes whose expression in heroin treatment was reverted by psilocybin and evidenced in the electronic file reports were selected.

The effect of heroin and psilocybin in reducing cell viability was evaluated in HT19-7 and RCHT-1 cell lines by daily administration. Cells were treated for 48 hours with either heroin or psilocybin or with a combination of heroin with psilocybin and then were analyzed. The percentage of cell viability was evaluated by a cell viability assay whose results showed a dose-dependent heroin effect in the RCHT-1 cell line with specific IC50 values. While in HT19-7 cell lines, no cytotoxic effects were observed at the concentrations used. Regarding psilocybin, similar results were obtained in cell lines with specific IC50 values ​​and with both RCHT-1 and HT19-7 cell lines. To gain further insight, heroin was combined with psilocybin at varying doses to evaluate the optimal combination for transcriptional study. The results showed that when used together at varying dosages, the combinations were not cytotoxic in either of the two cell lines.

The study goes on to show how treatment with psilocybin effected self-administered heroin use via lever presses along with the overall effect that psilocybin combined with heroin had on certain behavioral models in both male and female Wistar rat populations. A preliminary experiment aimed at testing the efficacy of psilocybin to prevent heroin relapse following cue memory reconsolidation was also conducted. Altogether, these results suggest that psilocybin decreased reinstatement of heroin seeking in female rats. As a final analysis, the gene data evidenced in the study was subjected to a comprehensive academic wide search of available current littérature and, although information regarding a correlation with psilocybin and opioid addiction was available, a transcriptome analysis for heroin and psilocybin and their co- combination has never been previously investigated. As a result, the data presented in this study can be extremely useful for determining a better understanding of dependent doses and the molecular mechanisms involved in the potential modulation of heroin (or opioids in general) addiction and dependence.

In summary, the information contained within the study dealing with relapse prevention is new and groundbreaking evidence in the field of pharmaceutical addictions medicine and chemotherapy. This type of comprehensive study, which constitutes concrete scientific evidence-based data, is at the heart of Nirvana Life Sciences’ business objective, which is to develop and seek FDA approval for therapeutic formulations and novel pharmaceuticals.

dr Sazzad Hossain, CSO of Nirvana, states, “Our research team has over 100 years of combined academic and applied experience in the field of psychedelic science. I’m excited to see what they can do with this new information.”

Nirvana Life Sciences Inc. has been founded with a simple objective of researching and developing non-addictive pain management and relapse prevention products that can provide healthier outcomes for patients who live with chronic pain and/or have battled with addiction. Nirvana believes that using naturally sourced psychedelics in novel formulations holds the promise of delivering non-addictive solutions that are effective in managing pain and addiction. Nirvana’s team, consisting of leading researchers from around the globe, will develop therapies that have the potential of freeing millions from addiction and saving society billions of dollars annually. 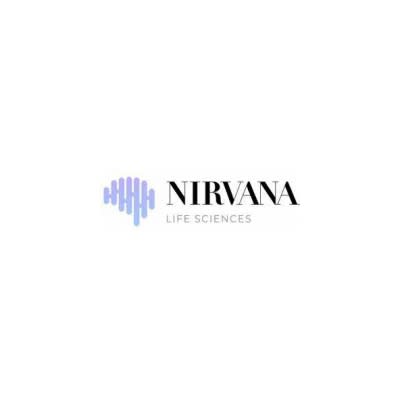 To view the source version of this press release, please visit https://www.newsfilecorp.com/release/126288