Some parents are losing not one, but two children to drug overdoses, as Canada’s opioid crisis worsens

Terry Caron holds a photo of her sons, Colton and Chase, who both died of drug poisonings in the last year and a half, devastating her family.Amber Bracken/The Globe and Mail

Most of us have a hard time conceiving what it must be like to have a child die from a drug overdose. But two children? A growing number of parents are going through this unfathomable experience.

Though experts can’t point to any figures or studies on the phenomenon, they say that it is no longer rare. “It’s happening more than you would think,” says Leslie McBain, one of the founders of the advocacy group Moms Stop the Harm, whose only child, Jordan Miller, succumbed to an overdose at the age of 25.

The double deaths underline the awful toll that is being taken by Canada’s “other epidemic.” Six years after the worst-hit province, British Columbia, declared the opioids crisis a public health emergency, drug overdoses are killing more people than ever.

BC alone had more than 2,200 illicit-drug deaths in 2021, making it the worst year yet. The average number of deaths a month in that province more than doubled after pandemic restrictions kicked in two years ago. Authorities say that people who use drugs found it harder to visit peer groups and support services, leaving them more vulnerable to overdoses.

The sheer scale of the crisis means that some families are suffering multiple losses, as they might in some mass catastrophe or armed conflict. “These things normally only happen in wartime – you have two sons recruited for the army and both die,” says Dr. Jürgen Rehm, a senior scientist at Toronto’s Center for Addiction and Mental Health (CAMH).

Sometimes drug use can spread among brothers or sisters. If one is using drugs, another might start. Genetics can play a role, too. “Some people may inherit a vulnerability to the addictive properties of drugs,” CAMH says on its website.

“It’s bad enough when one kid dies,” says Ms. McBain of Moms Stop the Harm. “When two kids die, how do you even survive that and put one foot in front of the other?

Chase grew up in the farm town of Stony Plain, Alta., just west of Edmonton, one of a busy family of nine. He was a meticulous kid who kept his room tidy and carried his toys around in a special box to keep them safe from his brothers. 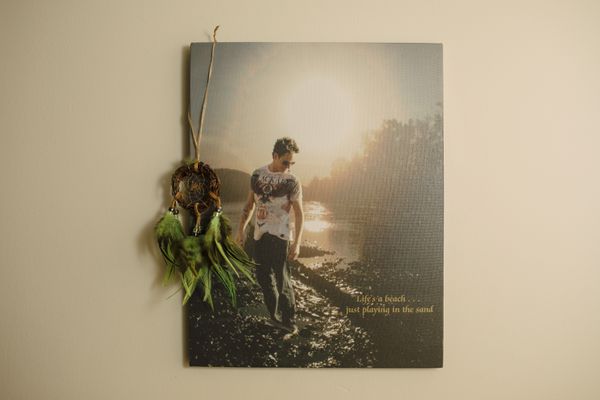 The 2011 suicide of his brother Chad (pictured) affected Chase Duncan deeply. In his twenties, he became addicted to painkillers, then graduated to street drugs. He died from a dose of fentanyl before Christmas in 2020Amber Bracken/The Globe and Mail

The suicide of his brother Chad in 2011 affected him deeply. In his twenties, he became addicted to painkillers after getting beaten up in a bar fight, then graduated to street drugs. He died from a dose of fentanyl after coming late to the home he shared with his girlfriend and their daughter.

Just six weeks later, still absorbing the loss, Ms. Caron started to worry about another of her sons: Chase’s younger brother Colton. Hey, too, had struggled with drugs.

Colton lost his hearing from meningitis when he was an infant and learned to manage with cochlear implants and lip reading. He was a tinkerer growing up, always looking for something to fix. He and Chase were close. They worked together in the shop at their father’s trucking business and went motorbiking or watched movies in their spare time. Colton doted on Chase’s daughter, taking her tobogganing and buying her a dollhouse.

Chase’s death “threw him into the deep end,” says Ms. Caron. So, on a Saturday morning last winter, she asked her husband and her youngest son to look in on him. They found him dead in his apartment, another victim of fentanyl.

Now, says, Ms. Caron, “I just get up every day and I try my best.” With two surviving sons, grandchildren and other family to look after, “You can’t quit.” Still, “you always wonder if you were to blame or it was something you did. Every single day it’s the first thing you deal with: that your life has changed altogether.”

Helen Jennens of Kelowna, BC, bore two sons 18 months apart: Rian and Tyler. They had such a talent for mischief that she called them “Seek” and “Destroy.” Once they got into the kitchen cupboards. She found them covered in flour, with only their eyes showing through. 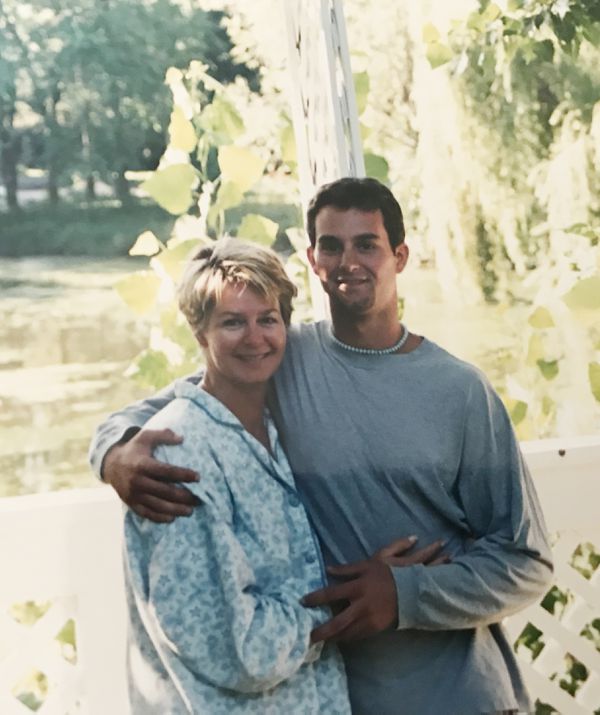 Helen Jennens of Kelowna, BC, with her son Tyler, who died of a fentanyl overdose in 2016.Courtesy of family

Ms. Jennens and her husband parted when they were little and so the boys didn’t see much of their father. Rian was diagnosed with ADHD, struggled in school and started using drugs as a teen. The adventurous Tyler learned to scuba dive and spent 10 years living in Thailand. He was running a beach shop there when the 2014 tsunami wrecked his business and killed some of his friends.

Back home, Rian managed to get sober for several years but became dependent on painkillers after a motorcycle accident that crushed his leg. Ms. Jennens would go to his place to put food in his fridge and do his laundry. One day in August, 2011, she made him a pot of chili to drop off, but he didn’t answer when she called. She threw a sweatshirt over her pajamas and rushed over. She found him sitting in his bed, lifeless, with a computer on his lap. hey what 37

Tyler became addicted to opioids after a football injury in his thirties. His drug use escalated to heroin after the death of his brother. “When Rian died, it just blew him apart,” says Ms. Jennens.

She was driving home from work one day when a fire truck roared past. She found it stopped on her street with ambulances and police cars. Tyler, aged 40, had died of fentanyl overdose in the apartment across the road. She watched while paramedics tried to revive him. When they gave up, she got down on the floor and lay there next to her son.

Christine Padaric lost her first son when was he was only 17. Austin snorted crushed morphine pills at a party.

Though he was in obvious distress, the others at the party didn’t call an ambulance till the morning. Instead they put the six-foot, four-inch teenager in a cold bathtub, hoping he would wake up. He never did. Austin died in hospital after six days on life support. Five of his organs went to grateful donors. 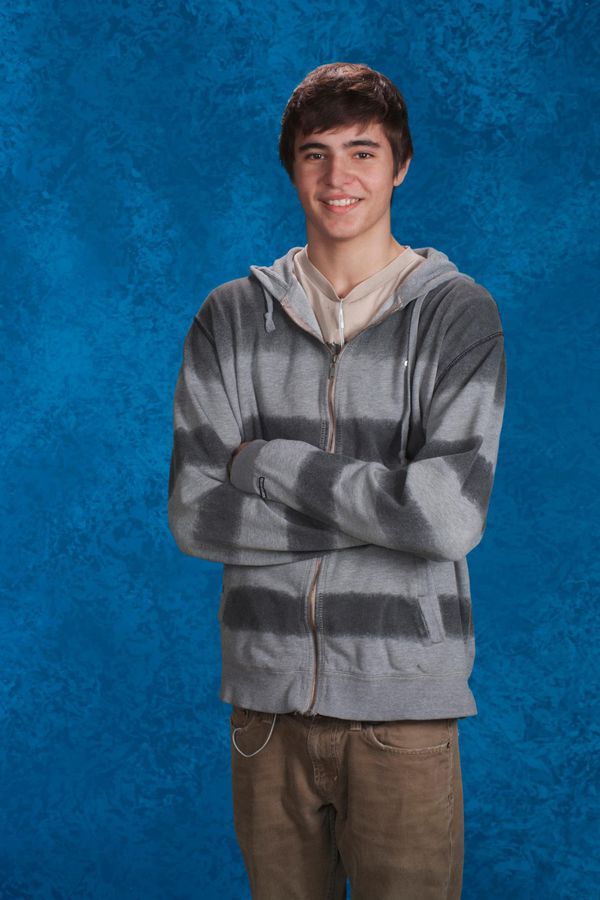 Austin’s parents consider his death in 2013 less an overdose than a criminal poisoning. The guy who gave him some of the pills was later convicted of manslaughter.

Austin’s older brother Kurt was devastated by the loss. The two were close growing up. They would go skateboarding and snowboarding or just play video games together.

Austin was the funny one. Kurt was quieter, a gentle guy with a soothing manner who loved fishing with his dad and getting his dog Zsa Zsa to chase a ball in the park.

He suffered from anxiety and depression as a teenager and found comfort in marijuana. After smoking his first joint on a class field trip, he told his mother it was the first time he ever felt at ease in his body.

He soon progressed to harder drugs and spent years struggling with addiction, going in and out of rehab but really never finding help. He told his mother that it should have been him who died, not his younger brother; he was the addicted one, he was the drug user. “All the therapy never touched the grief and guilt he felt,” Ms. Padaric says. 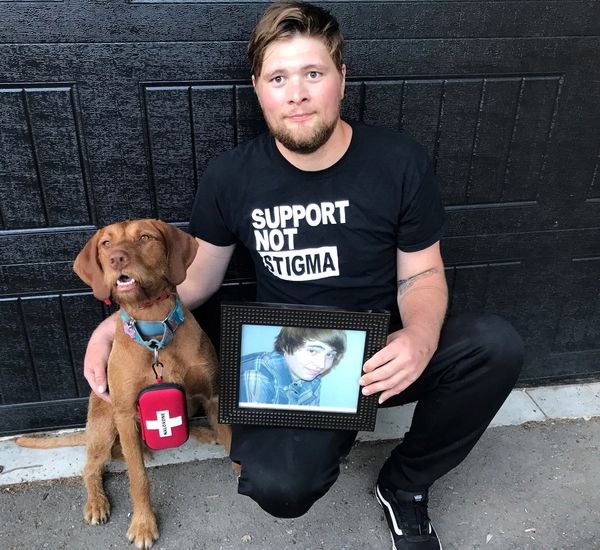 Kurt Padaric was devastated by the loss of his younger brother, Austin, and carried that grief and guilt until he died too from drug poisoning in January 2022.handouts

So while Austin’s death came out of the blue, Ms. Padaric spent years expecting Kurt to die any day – “anticipatory grief,” she calls it. She even asked him what kind of funeral he wanted.

The moment she had been dreading arrived in January. Kurt was 29, living in Kitchener, Ontario, and had been working as a peer support worker, helping others who were struggling with drugs. The police came to her house. “I opened the door and I just said, ‘Please tell me he’s alive.’ They asked, ‘Can we come in?’ That’s when I knew.”

Milly Young Pine brought up three sons in southern Alberta: Ryan, Jeff and Kyle. Jeff and Kyle were night and day. Jeff was the tough guy who had to be the strongest and best at everything. Though his mom says he had a good heart, he gave her endless trouble in his teens.

Kyle was steadier, more serious about school. When he did something, he did it well. He learned beadwork and made a keychain and rosary for his grandmother. He even wrote his mom a rap song about how much he loved her. Ms. Young Pine can’t listen to it now. “I’m not there yet.”

Jeff was the first to die. A star football player, he had to give up the sport after wrecking his knee in a game. He drifted into gangs and drugs – pills first, then needles – a familiar pattern for young men in the Blackfoot community where they grew up. In November, 2018, he suffered an overdose at his place in Stand Off, Alta., part of the sprawling blood reserve. He was 30 years old and left behind seven children.

Kyle saw his brother carried off in a body bag. Though he promised his mother he would never put her through something like that, he started drinking heavily. Ms. Young Pine moved to Lethbridge from Red Deer to be near him. One day in the summer of 2020, a year and half after Jeff died, she got mad at Kyle because he had been drinking in the house with a friend. Then she saw the lost look in his eyes, softened and wrapped her arms around him – “the very last hug that we had.”

He went to his room while she had coffee with her mother and sisters, who had dropped by for a visit. Her nephew wondered where Kyle was and went downstairs to check. He came back looking knit, unable even to form words, but finally managed to say: “Kyle isn’t breathing.” While the others called for help and rushed to try to revive her son, Ms. Young Pine, beside herself, ran outside and curled up in a ball on the ground. 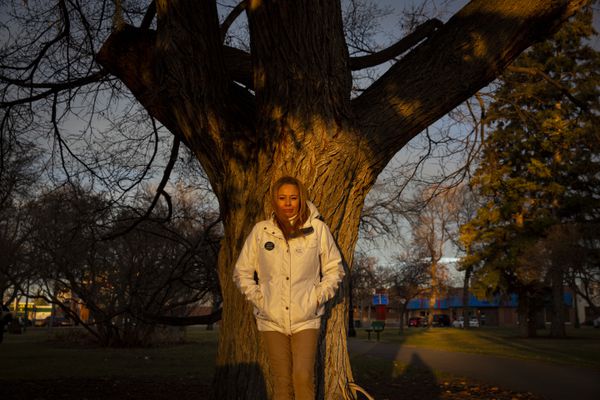 A toxicology report said Kyle had succumbed to carfentanil, an opioid even more powerful than fentanyl. He was 29 and left two children, a son, now 13, and a daughter, 10.

Like many mothers in her place, she sometimes can’t help wondering why all this happened to her. “You question yourself as a mother. You keep going over in your mind: How could I have done things differently? It’s just a vicious cycle.”

Rather than bow to guilt, though, she is planning to seek a degree in social work so she can help people like her son cope with addiction. She has her grandchildren to think of, too. “If I fall apart, who do they have?”

She likes to tell them stories about the boys’ adventures when they were little, like the time Kyle screamed bloody murder after getting red ants in his pants on a camping trip. Those tales help her remember them as they once were: “Young kids, so happy and free.”

Our Morning Update and Evening Update newsletters are written by Globe editors, giving you a concise summary of the day’s most important headlines. Sign up today.