Marcy Rosenbaum had a problem.

For years, Southwest Virginia Community Health Systems had been running successful recovery programs from its clinics in Bristol and Saltville, small communities encircled by the Appalachian Mountains. Earlier this year, the federally qualified health center announced it was expanding services to Tazewellwhich — like much of Virginia’s southwestern corner — had been hit hard by the opioid crisis.

The system offers what’s known as office-based addiction treatment, commonly abbreviated as OBAT. Services include psychotherapy and counseling along with medication, a crucial tool that can relieve cravings and help prevent withdrawal symptoms.

But as Rosenbaum, the system’s behavioral health director, was starting the new program, she stumbled into a huge barrier. Not a single pharmacy in Tazewell or the surrounding community was willing to prescribe Suboxone, a drug used to treat opioid addiction that’s also known by its generic name, buprenorphine. Ashley Harrell, a senior program adviser for Virginia’s Department of Medical Assistance Services, said two different OBAT providers in the region reached out to 38 pharmacies — 18 chains and 20 independent stores — and every one refused to dispense the medication.

It’s created an access problem that state and federal agencies have struggled to resolve. Southwest Virginia has some of the greatest need for recovery services, according to Rosenbaum. But the lack of willing providers has limited the reach and scope of existing programs.

“We’re not advertising at all because we’re afraid we’re going to get people in and not be able to get them the medication they need,” she said. “Tazewell County has one of the highest overdose rates in Virginia, so it’s frustrating not to be able to expand those services.”

Southwest Virginia Community Health Systems offers treatment for substance use disorders at three clinics in the region. The federally qualified health center has struggled to expand services in Tazewell due to a lack of pharmacists willing to dispense addiction medications. (Courtesy of SVCHS)

Experts say the issue is multifaceted, putting an easy solution out of reach. And in many ways, the roots of the problem stem to decisions made at the federal level. Steve Hylton, an independent pharmacist in Saltville, said the US Drug Enforcement Administration has come down hard against buprenorphine despite publicly supporting medication-assisted treatment. He pointed to a pharmacy in West Virginia that was raided by the agency after providing the medication to customers.

Though two judges later ruled in favor of pharmacist Martin Njoku, according to reporting from NPR, the DEA’s actions effectively shuttered the business. In court transcripts from the case, an assistant US attorney said the agency’s aggressive stance stemmed from criticism over its lack of action during the height of the opioid crisis.

As a result, some pharmacists say they’ve become heavily scrutinized for dispensing buprenorphine and other addiction treatment medications. Hylton began his career as a pharmacy technician in 1984 and said he’s almost never encountered the DEA, except in rare instances when the agency needed records on a doctor or patient. But beginning in April of 2021, agents made individual site visits to 130 pharmacies in Southwest Virginia, a process that took nearly a year.

In a Feb. 15 email, Special Agent M. Patrick Long informed pharmacists that it was “Phase 1” of an ongoing outreach initiative, with “Phase 2” — cursory records reviews — set to begin in the coming months.

“It’s almost like a PR stunt because they dropped the ball on oxycodone,” Hylton said. The DEA did not respond to an interview request from the Mercury or a detailed list of questions about the initiative.

At a DMAS Pharmacy meeting in early December, Diversion Program Manager Justin Wood acknowledged some pharmacists viewed the initiative as “adversarial.” Still, he insisted the agency was in strong support of prescribing buprenorphine.

“There’s this unfounded rumor that DEA doesn’t support medication-assisted treatment, or support substance abuse treatment,” Wood said. “And I just want to say that is totally not true. The DEA, we absolutely support people getting the treatment they need.”

The message doesn’t always come through to pharmacists. Harrell said the state’s Department of Medication Assistance Services has been building a relationship with the DEA’s central office, but conversations don’t always translate to actions in the field. Some pharmacists in Southwest Virginia told DMAS that agents handed out booklets with information on the Controlled Substances Act during their site visits.

“They’re not necessarily saying, ‘You’re violating the law,’ but it certainly makes an impression,” Harrell said. And the uncertainty has a trickle-down effect across the system. While there’s no specific cap on dispensing controlled substances, Hylton said wholesalers — the companies that supply pharmacies with medications — are instructed to watch out for potentially suspicious orders. As a result, many are reluctant to increase shipments of the medication, making pharmacists reluctant to take on more prescriptions.

The end result is often more restrictions. Some pharmacies in Southwest Virginia have refused to dispense Suboxone without a diagnosis on the prescription, even though providers are prohibited from requiring opioid use disorder patients to disclose that information under federal regulations.

JoeMichael Fusco, the pharmacy compliance manager for DMAS, said the agency had tried to intervene in those cases. “Honestly, though, the conversation hasn’t really gone far,” he said.

It’s patients who end up shouldering the biggest burden. Harrell pointed to a man who was prescribed Suboxone by a federally qualified health center and visited 10 different pharmacies in an effort to fill it. Finally, he found a pharmacist in Roanoke — a strong advocate for substance abuse treatment — who was willing to dispense the medication, Harrell said.

“But because that individual had to travel an hour and a half to get to that pharmacy, it was flagged as a suspicious order,” she added. That can result in site visits from the DEA and placement on an agency watch list.

“That’s something that pharmacies do not want to be on,” Harrell said. “And the bottom line is that if they have any doubt whatsoever, they don’t have to fill those prescriptions.”

With little clarity on the federal level, Virginia officials are taking their own steps to increase access. In March, DMAS distributed a memo acknowledging the issue and offering guidance on how to validate prescriptions — including a list of all 193 approved OBAT sites across Virginia. Some of those clinics offer telemedicine, and prescriptions from a remote provider can often raise red flags, Harrell said. But the agency hoped the referral list would help pharmacists identify valid prescribers more easily. 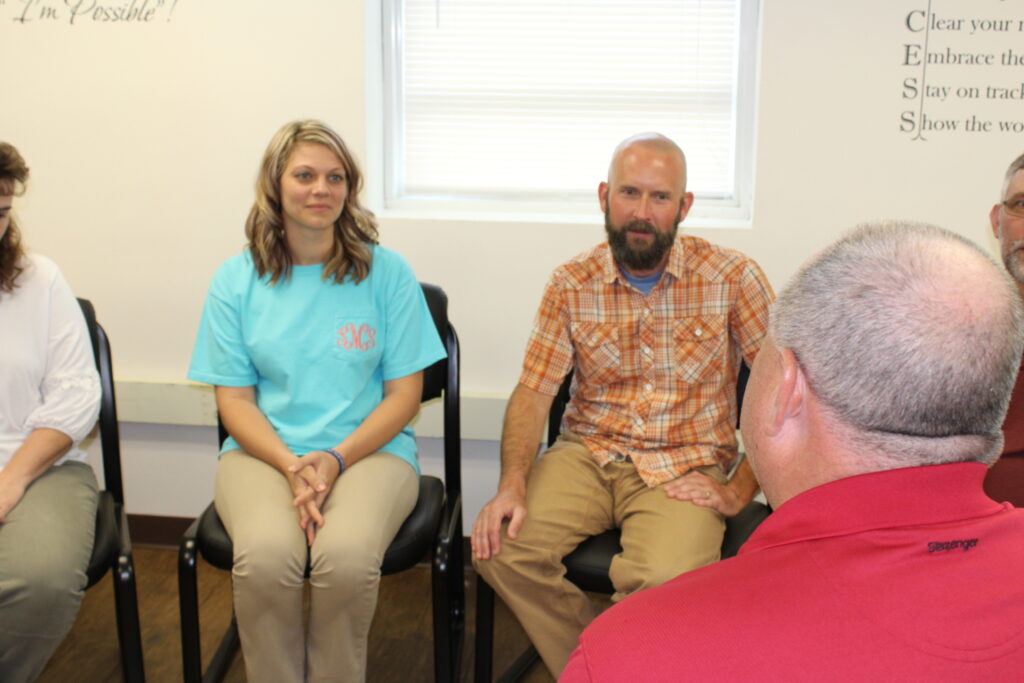 For Hylton, though, the regulatory component is just part of the problem. Another barrier, he said, is that pharmacists typically lose money on prescriptions for Medicaid members insured through the state’s six managed care organizations, who make up a significant portion of patients in Southwest Virginia.

While the state’s program covers generic buprenorphine and naloxone tablets, it requires brand-name Suboxone film strips, a form of the medication that dissolves in the mouth. Rosenbaum said strips are typically preferred by providers, especially since they have a lower risk of being diverted and used illegally.

Technically, the insurance companies that cover Medicaid patients can approve generic strips, but not without prior authorization, Rosenbaum said. That means prescriptions are often written for the more expensive Suboxone. Starting in May, DMAS has ordered managed care organizations to begin distributing a $10.65 dispensing fee to pharmacists in an effort to make up for those losses. But Hylton wasn’t sure the increased reimbursement would fully solve the problem.

“It’s a one-time fee, but most patients get their refills every week,” he said. “So if I fill four prescriptions for a patient a month, I might make a dollar and a half on the first one, but I still lose money on the next three.”

It’s an added strain that underscores one of the biggest challenges in expanding substance use treatment — stigma. Hylton said existing barriers, from DEA scrutiny to monetary losses, are a real discouragement to many pharmacists. But he said there are also ways around those issues. Currently, he’s one of the only pharmacists willing to dispense Suboxone in Southwest Virginia and said he’s had no problem getting an increased allocation from his supplier. Other pharmacies have the same option of talking to their wholesalers and taking the extra step to validate prescriptions, Hylton said, but some businesses are resistant to accepting patients in recovery.

“if you‘ve ever been in a small town, some of these people are known in the community,” he said. Many patients have had past run-ins with the legal system and often require more care, especially early in their treatment. Recovery programs are vital to helping them rebuild, but Hylton said patients often face pre-existing stigma that‘s difficult to overcome.

Rosenbaum said there‘s also existing bias against medication-assisted treatment by some providers and community members who still believe in abstinence-only recovery models. Both she and Hylton said the current dispensing challenges are sometimes used to avoid taking on new clients.

“It’s a good excuse for a pharmacy who wants to say, ‘Well, we only have so many patients we can take,'” Hylton said.

DMAS officials had the same concerns. Harrell said there are valid worries about inappropriate prescriptions from unethical providers, but the agency has tried to address barriers raised by pharmacists over the past several months. its March memo explicitly encouraged pharmacies to ask for increased allotments from wholesalers and included talking points to justify the request, including statistics on Virginia’s worsening opioid epidemic.

In 2020, the first year of the pandemic, fatal overdoses increased by nearly 48 percent over the previous year. At the same time, the number of approved prescribers in Virginia jumped by 246 percent and Medicaid members diagnosed with opioid use disorder climbed by nearly 54 percent, according to data from the department.

Health experts are pushing for increased access to medication — often described as the gold standard in treating opioid addiction — to reverse those trends. But despite growing clinical acceptance and Virginia’s efforts to overcome dispensing challenges, DMAS officials say they still encounter pharmacies who put up signs declaring they won’t fill those prescriptions. It’s getting increasingly difficult to justify, they said, given the clear encouragement coming from the state.

“We’ll talk to a provider or pharmacy and they’ll say, ‘Well, this is the main barrier,'” Fusco said. “And we’ll address that barrier, but then all of a sudden there’s another issue. So it’s like, ‘Okay, is it really the barrier, or is it stigma?’”

“It seems like no matter what we do, it’s never quite enough,” he added.

Two weeks, no smartphone: how I tried – and failed – to kick my screen addiction | Life and style