Teen vaping has become a ‘route into nicotine addiction, rather than out of it’, expert warns | UK News

Vaping, for teenagers, has become “a route into nicotine addiction, rather than out of it”, an expert has warned.

The caution comes after a new study suggested a significant number of teens who try vape have never smoked.

Researchers from the Tobacco Free Research Institute Ireland said the proportion of 16 and 17-year-olds who had tried e-cigarettes had increased from 23% in 2014 to 39% in 2019.

The 39% of adolescents who said they had tried e-cigarettes compares with 32% who had tried smoking.

And 68% of those who had tried e-cigarettes said they had never tried smoking.

The main reasons teenagers gave for trying e-cigarettes were curiosity (66%) and because their friends were vaping (29%), according to figures from thousands of teenagers.

Only 3% said it was to quit smoking.

The new research, presented at the European Respiratory Society International Congress in Barcelona, ​​Spain, also found that these youngsters were 51% more likely to have tried smoking.

Professor Luke Clancy, director general of the Institute, said: “We have found increasing use of e-cigarettes in Irish teenagers and that’s a pattern that is emerging elsewhere in the world.

“There’s a perception that vaping is a better alternative to smoking, but our research shows that this doesn’t apply to teenagers who usually haven’t tried cigarettes prior to e-cigarettes.

“This indicates that, for teens, vaping is a route into nicotine addiction, rather than out of it.”

Lead researcher Dr Joan Hanafin added: “We can see that the number of teenagers using e-cigarettes is changing fast, so we need to keep monitoring the situation in Ireland and around the world.

“We also plan to study social media to understand how this influences girls’ and boys’ vaping behavior.” 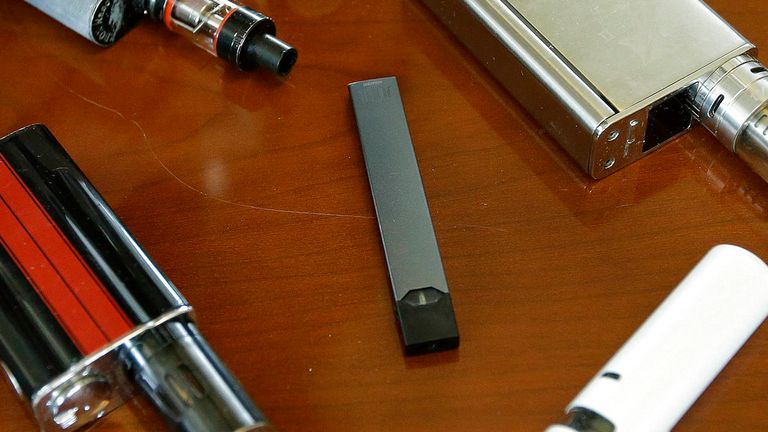 Commenting on the study, Professor Jonathan Grigg, chair of the European Respiratory Society’s Tobacco Control Committee, said: “These findings are worrying, not just for teenagers in Ireland, but for families all around the world.”

Earlier this year, a separate report from Action on Smoking and Health (ASH) concluded that the proportion of children vaping is on the rise, with many being influenced by social media sites such as TikTok.