When Ohio was hit by the opioid crisis, a couple stepped in to help the kids: NPR

Jesus and Suzanne Valle thought they were going to empty nests to indulge their wanderlust, but she says, “I don’t know if we would be so happy without all these children.” Jacqueline Van Meter for StoryCorps hide caption 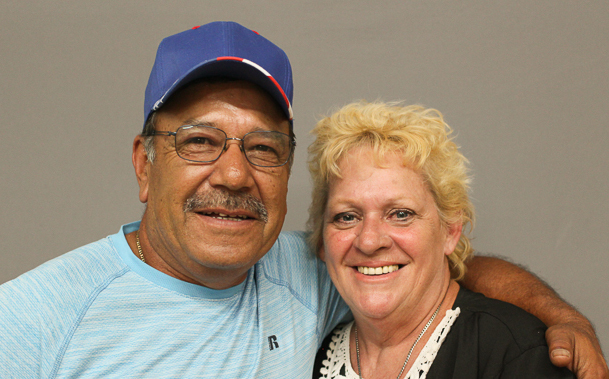 Jesus and Suzanne Valle thought they were going to empty nests to indulge their wanderlust, but she says, “I don’t know if we would be so happy without all these children.”

When opioid addiction began to ravage Suzanne and Jesus Valle, Ohio more than two decades ago, the couple saw another crisis unfold.

In Blue Creek, Ohio, one of the areas hardest hit by the opioid epidemic in the country, children whose parents had become addicted to pain pills, heroin and other opioids became the invisible victims of the crisis.

So the Valles stepped in to help.

From 2007 to 2018, they took in six children, all from Ohio families struggling with addiction, including their own. Four are the children of Suzanne’s brother and two children got through the foster system. They had already raised nine of their own biological children. 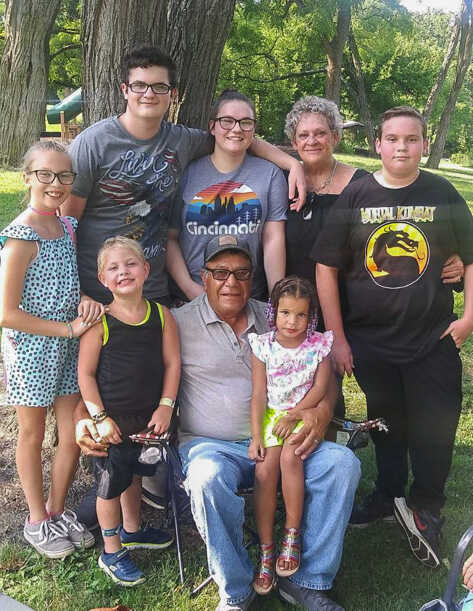 Jesus and Suzanne Valle pose with their adopted children at Art Van Atta Park in Dayton, Ohio in July. “I always like to tell everyone that we raised yours, mine, ours, my brother’s and now others,” says Suzanne. The Valle family hide caption

Suzanne and Jesus shared during a StoryCorps conversation in 2017 what they said was an unexpected but ultimately rewarding endeavor.

“I always like to tell everyone that we raised yours, mine, ours, my brother’s and now others,” said Suzanne.

“We told the children that their parents loved them, but they couldn’t take care of them.”

Still, that was never part of the Valles’ plan. Suzanne and Jesus thought they were empty nests indulging in their wanderlust.

“But I don’t know if we’d be so happy without all these kids,” said Suzanne. “Children bring happiness.”

The couple, both 62 at the time, worried about their ability to look after their children as they grew older. Your children are between 3 and 17 years old.

“But if we can encourage every child to help one another, I don’t think we need to worry,” Jesus said.

The Valles recently moved to Inglis, Florida. Meanwhile, Blue Creek remains a hotspot of the country’s opioid epidemic, according to recent data. A May study using data from the Centers for Disease Control and Prevention identified the southern Ohio city as one of 25 regions in the US with disproportionately high rates of fatal opioid overdoses.

Over the past year, the pandemic has accelerated substance abuse. As of April 2020, as the pandemic worsened, more than 100,000 people died of overdoses in the following 12 months – a record that experts say is driven in part by the spread of fentanyl, a powerful synthetic opioid.

The opioid crisis has put a strain on child welfare systems in recent years as children, who are often neglected and mistreated, are taken from their families and placed in foster care.

In July, the Valles finalized the adoption of the last two children they had taken in.

Raising six children is anything but easy, said Suzanne. But her husband’s support made it a little easier.

“You were always by my side in these decisions to have more children, to raise them,” she told him. “And you really did that selflessly, Jesus.”

Jesus would not have had it any other way.

“I never expect anyone to praise me for what I do,” Jesus said. “Things are changing, but I don’t mind because I think we did the right thing.”

StoryCorps is a national, not-for-profit organization that empowers people to interview friends and loved ones about their lives. These conversations are archived in the American Folklife Center in the Library of Congress so that attendees can leave a legacy for future generations. Learn more at StoryCorps.org, including how to interview someone in your life.

Treat yourself to a sober Christmas: How to get through the holidays without alcohol

How should doctors treat chronic pain in the wake of the opioid crisis?

Judge to decide how much pharmacies owe over opioid crisis

ONE Program Aims to Break Stigma of Opioid Use, Save More Patient Lives